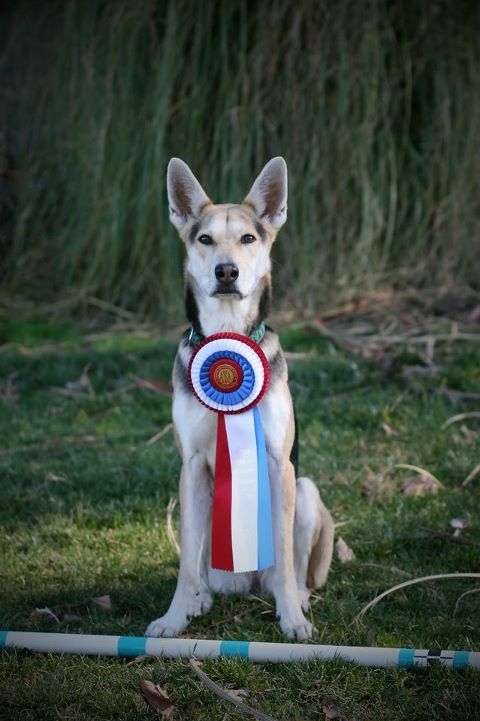 Roo! is owned and trained by Stacey Campbell of California. The leggy shepherd mix was wandering the streets of San Francisco when she was turned into a shelter. Two families adopted her and returned her due to her high energy before dog trainer Campbell took her home and channeled all that energy into positive training.

Other All-American Dogs, enrolled in the AKC Canine Partners program, who made the finals round of the agility championship were:

At the AKC Rally National Championship, one All-American Dog made the finals of the Rally Excellent class and placed fifth. Congratulations to Ba Sammy Jo CD BN GN RE, owned by Brittany Allen of Decorah, IA, who earned a score of 192 out of two rounds.

And in the AKC National Obedience Championship, congratulations to Jasmine of LIndenbrook UD CGC and Nan Daley of California who made the prestigious Top 50 finalists and advanced to Sunday’s final round competition.