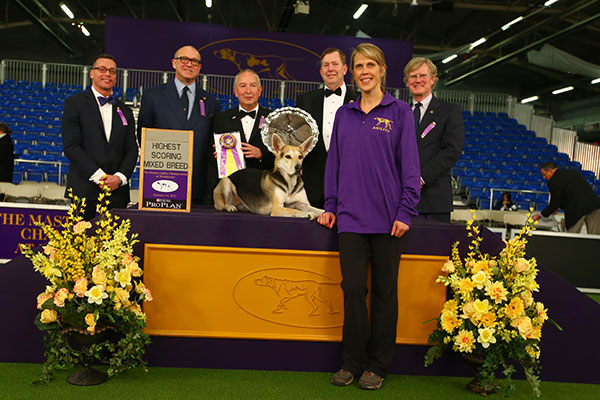 Roo! also made the finals of the 24-inch jump height division and placed second. Last year, she won that division!

Roo! is owned and trained by Stacey Campbell of San Francisco, CA, and is a former shelter dog who was turned in after being found wandering through the city’s parks.

Roo! has formerly won the 24-inch divisions of the AKC National Agility Championship and the AKC Agility Invitational and has represented the AKC and the US on the AKC/US World Agility Team.