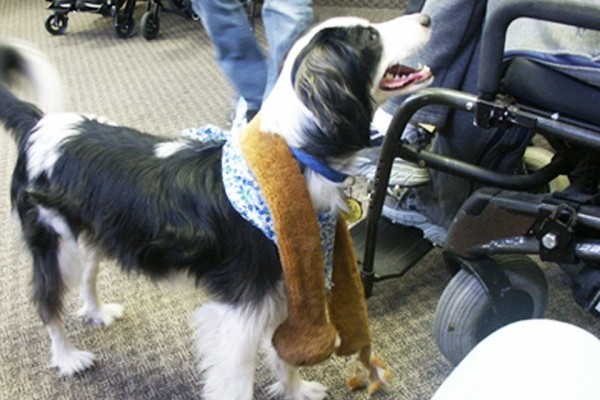 Debbie first saw Lexi as a puppy at an adoption event in front of a pet store.

“We had just lost our previous dog to cancer and did not plan to get another one for a while. But Lexi captured our hearts with her happy face, easy-going attitude, and obvious intelligence.”

Debbie started training Lexi in preparation to receive her therapy dog certification, which she passed shortly after turning 1 year old. “When she got it, she immediately began visiting the United Cerebral Palsy day center in North Little Rock, AR, where our former dog had visited.

Later she began visiting our local Veterans’ Hospital. She loves making people smile by doing tricks for them and also giving them lots of kisses if they want.”

Lexi also competes in agility and has earned several AKC titles. “But being a Therapy Dog is her proudest achievement. It’s simply what she was born to do.”

To learn more about AKC’s Canine Partners program and how your dog can be like Lexi, click here.