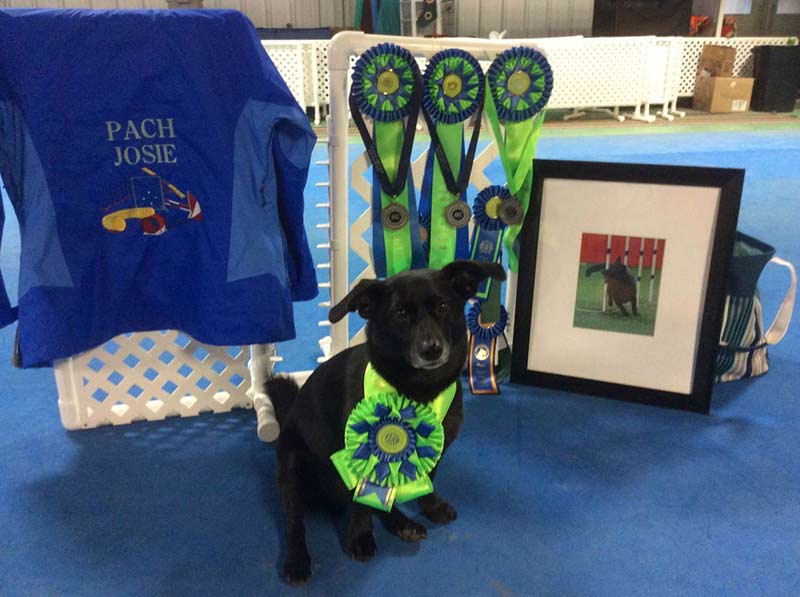 Josie is a 7 ½ year old “true All-American,” Nancy says.  “Her DNA results could only account for about 50% of her genetic makeup, but there is certainly a herding breed in there somewhere as demonstrated by her herding me around the agility course.”

Nancy adopted her from a rescue organization as a puppy and quickly realized that the fearful pup needed a confidence builder and socialization.

“The answer was agility!  Our instructor surely was frustrated with us as we repeatedly declared we were ‘just there for socialization.’ That all ended with her first agility trial, resulting in blue ribbons! We were hooked!”

“She is now a far cry from the little black dog hiding under the chair at class,” Nancy said.

Josie is a member of the AKC Canine Partners program for all dogs, including mixed-breeds and rescues.