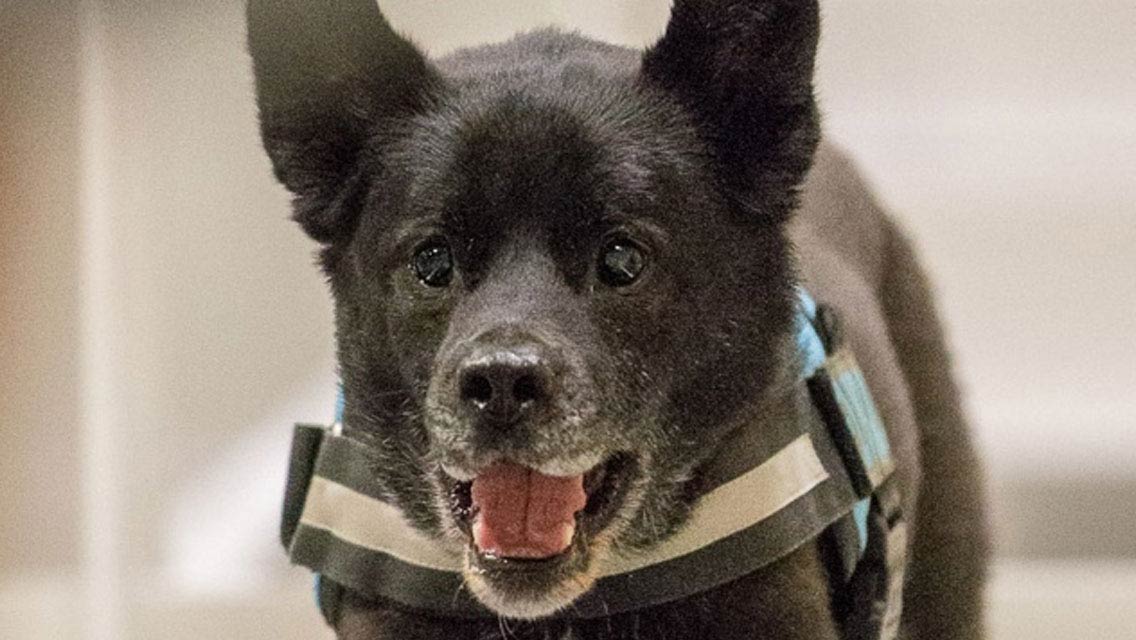 Horton has had a very exciting year of accomplishments.

The formerly homeless dog earned his 20,000-point ONYX title in flyball in July 2014 from the North American Flyball Association (NAFA).

Horton has been a member of the Dixie Flyers flyball club of Birmingham, AL, since 2012 and, even at nearly 12 years old, still enjoys the excitement of this fast-paced sport, Barbara said. Horton and his teammates have been so successful that he will soon be able to claim the coveted 30,000-point title known as Flyball Grand Champion.

The above photo shows Horton getting ready to catch the ball in the race where his Dixie Flyers teammates helped him earn his final 25 points to finish the ONYX title.

Then in July 2015, July Horton reached another milestone at the 4-Paw Agility Club of North Georgia’s Obedience & Rally trials. He started by qualifying in both AKC Rally Excellent and Rally Advanced all three days, so he earned Legs #8, 9, and 10 and achieved the most advanced AKC Rally title of Rally Advanced Excellent (RAE). He placed every day, even taking one first place.

“Then, for a final flourish, he was awarded the Rally High Combined ribbon on the last day,” Barbara said. “This formerly homeless boy with the puppy face continues to amaze me. Horton is covered in stardust!”

Horton competes in AKC Rally and qualifies for AKC recognition of his NAFA flyball titles through the AKC Canine Partners program for all dogs, including mixed-breeds and rescues.