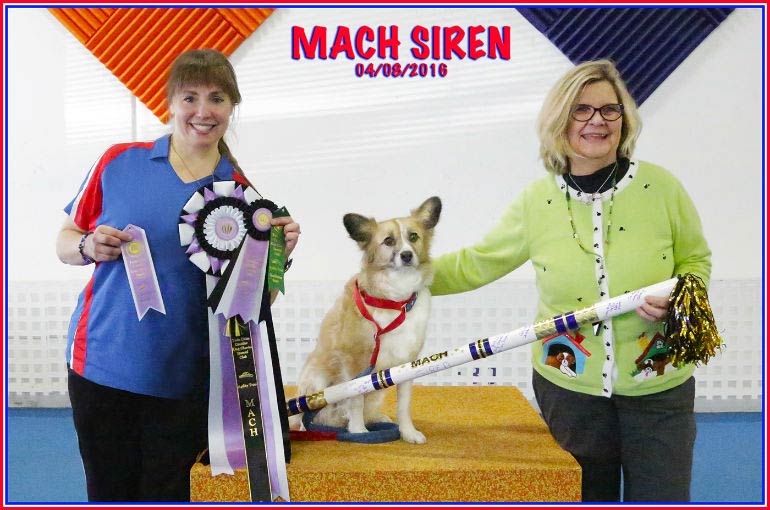 Siren is an 11 1/2 year old mixed breed that Kelly McFaul-Solem rescued in 2005 from a shelter in Minnesota.

“It was definitely love at first sight,” she said. “She was very skittish and afraid of new situations when we brought her into our lives. Agility has helped her blossom into the sweet, athletic dog she is today.”

Since Kelly already competed in AKC Agility with her two Pugs, she said she was thrilled in 2009 when AKC launched the AKC Canine Partners program and mixed-breed dogs could start competing.

“We only needed a handful of points to earn her championship, so I optimistically prepared a MACH celebration display. Since she is considered an All-American Dog, I set up fun area with many kinds of red, white and blue candies, flags and even a flashing siren!  It was one of our most memorable days of her career! Siren continues to compete in the Preferred Division at 12 inches. Thank you for the opportunity! “