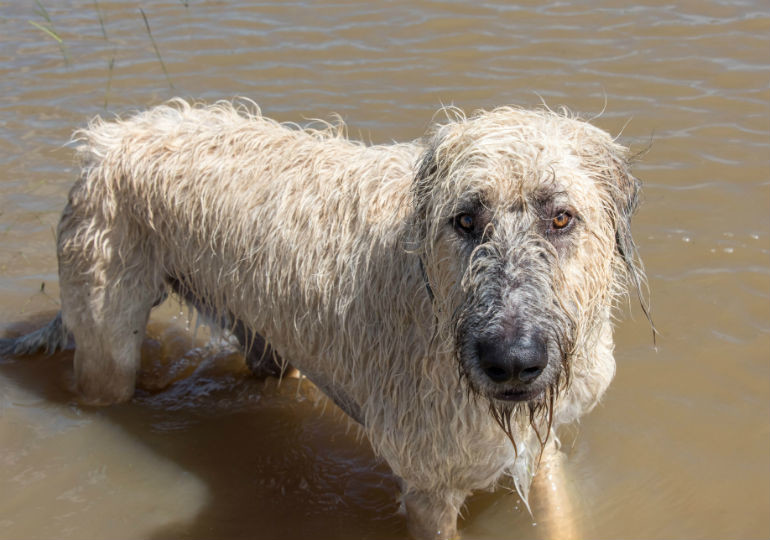 The images are gut-wrenching. A woman wading through a flooded street with her dog slung over her shoulders. A tiny, soaked dog being lifted off a rescue truck into outstretched hands. A boat brimming over with dog crates as anonymous volunteers walked through waist-deep water to push it to dry land.

In the wake of Tropical Storm Harvey, good Samaritans and animal lovers came together to help people and their pets trapped in flooded areas and to rescue loose animals caught in the storm’s aftermath. And social media played an integral role in locating those individuals and crowd-sourcing help.

Jimmy Cummins of Dallas traveled to the Houston area with a boat and truck. In addition to performing rescues himself, he’s been using his Facebook page to share information about others in need. He and his friends have brought hundreds of people to safety, he says.

“As soon as I found out there were people within a distance I could get to, I just took off,” he said.

He took his boat into a Houston neighborhood, where he was able to rescue multiple dogs off the streets. Since Sunday night, he and two friends together pulled more than 300 people to safety, he said.

“The people who are helping are really making a difference,” he told AKC.org.

Betty Walter, a Houston resident, was trapped inside her home with her four dogs. She was also pet-sitting and managed to take in dogs of her neighbors, adding up to a total of 21 dogs, reported local news station KPRC. While waiting for rescue, she shared photos of her home filling with water. “These dogs are my life. I can’t give up on them,” she wrote. By Sunday evening, she added an updated that she had been rescued by a group of volunteers. She later shared photos of the rescue:

Pet lovers formed multiple Facebook groups, where the public could post information about people and pets who need rescuing as well as shelters accepting people with pets. On one, Hurricane Harvey Animal Rescue Needs & Offers to Help – Texas 8/2017, users shared names and phone numbers of individuals with boats who were willing to perform water rescues.

Social media has also led to a few reunions of dogs separated from their owners during or in the aftermath of the storm. For example, self-described stormchaser Aaron Jayjack drove from Austin to Houston to help those affected by the storm. While filling his gas tank on Saturday, a dog jumped into his car. Using Twitter to share video of the dog, he was able to locate the owner later that day. He shared the reunion on YouTube.

In response to Hurricane Harvey, the AKC Humane Fund donated $10,000 to the city of Houston through its “Sandy Fund.” The organization also donated a disaster relief trailer to the Harris County Animal Shelter. The trailer is stocked with essential dog supplies and can house up to 65 pets for 72 hours. Two additional AKC Pet Disaster Relief trailers were deployed to Fort Worth and Dallas last week.

AKC Reunite is continuing to help shelters caring for pets displaced by the storm. It announced last week that through the generous support of Barbara and Bob Amen, donations received between Tuesday evening, August 29, and Wednesday, September 20, 2017, will be matched dollar for dollar up to $10,000 total.

Also, the Pembroke Welsh Corgi Club of America Charitable Trust announced last week it will match donations to AKC Reunite’s Pet Disaster Relief Fund dollar for dollar for a total amount of $10,000 to support families and pets in Texas and Louisiana affected by the storm. (Learn more about that here.)

Both challenges have been met, but donations are still being accepted through AKC Reunite.

For the most up-to-date information and resources on Hurricane Harvey, please check this page.

Do you know someone who helped rescue animals from a flooded area in Texas or Louisiana? Were you and your pets rescued? Tell us about it using the form below.