9 Things French Bulldog Owners Will Tell You About the Breed​ 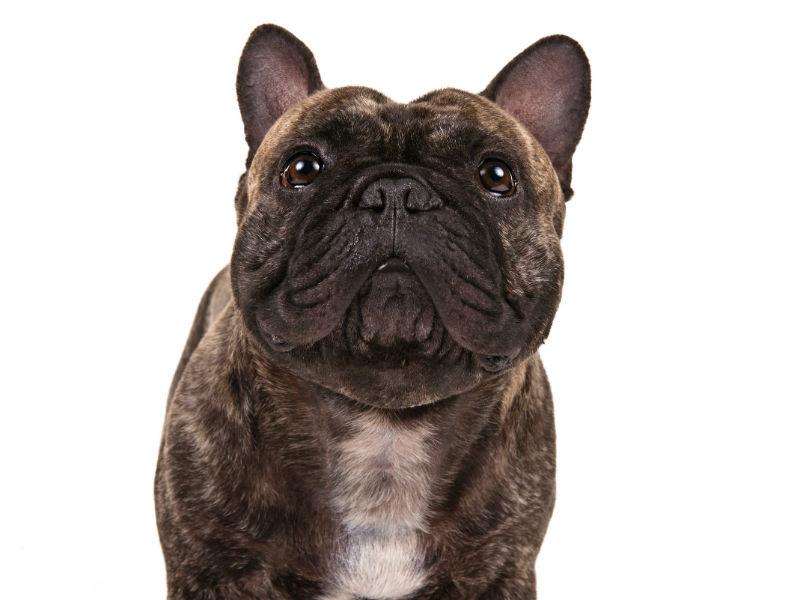 Are you searching for a world-class lap dog with irresistible looks? The French Bulldog is for you! Those distinctive bat ears, wrinkly face, and sturdy little body are guaranteed to bring smiles to the faces of passersby. But what really wins hearts is the Frenchie’s entertaining and affectionate nature. This is a dog that’s born to be your companion. He’s smart and playful and thinks your lap is the best place on earth.

But wait, there’s more. The Frenchie has other winning qualities:

1. He’s a pretty good watchdog. Although not at all yappy, he’ll bark to let you know if someone’s at the door. The breed can be a little territorial, but that’s where his job ends: don’t expect him to be a guard dog.

2. The French Bulldog is adaptable. An apartment, a country house . . . whatever. He’s not really athletic and is perfectly happy with daily walks and maybe a bit of an outdoors romp.

3. He’s an ideal companion dog for singles, families with kids, couples, anyone. Playful, loyal, and loving, he requires minimal grooming and exercise.

4. Despite a reputation for stubbornness, Franchies are relatively easy to train. They’re eager to please and do enjoy being the center of attention.

Nobody’s perfect though, so here are a few other things to keep in mind with a French Bulldog.

5. About that reputation for stubbornness. They’ve earned it. But, with a little patience and the proper motivation (treats), they’re willing to learn. Turn training into a game, and your French Bulldog is all in.

6. Because they’re a short-nosed (brachycephalic) and a dwarf breed (chondrodystrophic), there are some heath concerns to keep in mind with Frenchies. The short face and smaller nose can make breathing difficult and less efficient. Because of this, they have a low tolerance for heat, humidity, and too much exercise. Your French Bulldog needs to be kept cool in hot weather, preferably in an air-conditioned space.

7. Watch your dog for unusually noisy breathing or if he's spitting up foam. If this happens, consult your veterinarian; the dog may have pinched nostrils or an elongated soft palette obstructing his airway.

8. Speaking of noisy breathing, Frenchies snore . . . sometimes loudly. Whether it’s annoying, amusing, or oddly comforting is up to you.

9. Choose indestructible toys for your French Bulldog. Those bulldog jaws are really powerful.

For at least 150 years, the French Bulldog has delighted everyone from ordinary working folks and high society. From England to France and then to the U.S., this entertaining little companion dog continues to enchant and win hearts wherever he goes.

Know someone who already has a French Bulldog in his or her life (or would like one), who might appreciate some breed-specific swag? Head on over to the AKC Shop and see all of our amazing French Bulldog products!