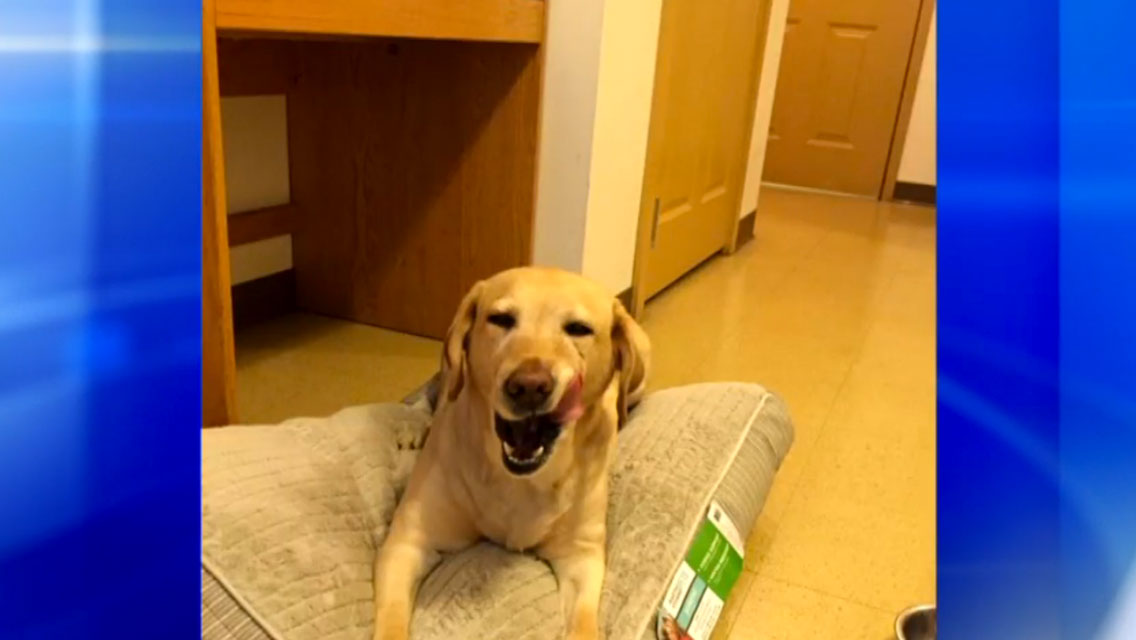 Service dogs are invaluable not only for helping disabled owners live independently, but also intervening during an emergency.

This week marks the second time Yolanda, a service dog, saved her vision-impaired owner’s life. When a fire broke out in the owner’s Philadelphia home, Yolanda used a specialized device to call 9-1-1 and pulled her owner out of the house, a Facebook post by Red Paw Emergency Relief Team reported.

Firefighters were able to get the owner treatment for smoke inhalation. Last year, Yolanda called 9-1-1 after the owner suffered a fall and was knocked unconscious.

Red Paw called the dog a “superhero” and donated food, toys, treats, and supplies to her and her owner.

Yolanda’s action are certainly remarkable, but they’re not necessarily unusual. Earlier this year, a guide dog named Figo stepped in front of his handler, Audrey Stone, when a bus failed to yield as the pair was crossing the street. Figo took the brunt of the blow and suffered a leg injury that required surgery to treat. Stone was also injured but possibly to a lesser degree than she would have been had Figo not been there.

And of course, there’s the legendary story of Roselle, who on September 11, 2001 led her owner, sales director Michael Hingson, down 78 flights and out of the World Trade Center’s Tower One after terrorists flew an airliner into the building 18 floors about Hingson’s office. After escaping the building, Roselle walked Hingson about 40 blocks away to a friend’s apartment. She received an ACE Award for Canine Excellence for her life-saving deed.