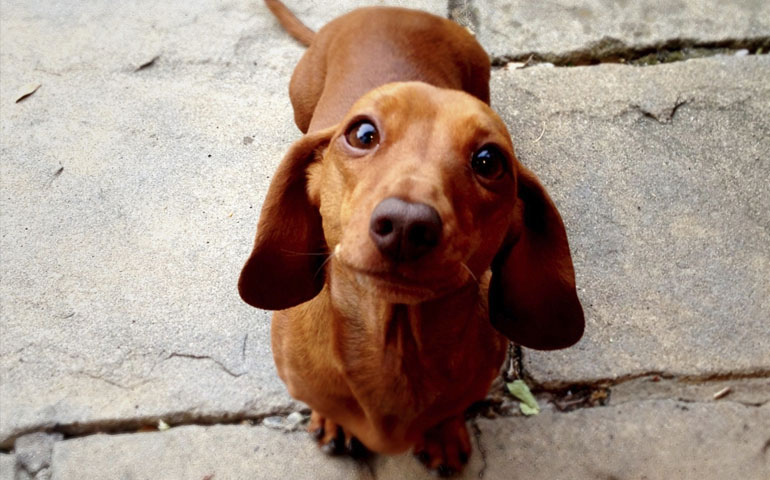 Two young boys have a little wiener dog to thank for saving them from the clutches of a vicious black bear.

Nikita Nikonov, 12, and Stas Nagornov, 8, of Russia were walking home from the store when a black bear approached them, the Siberian Times reported. They tried running, but the bear got ahold of Nagornov and knocked him to the ground.

Fearing for his friend’s life, Nikonov threw a rock at the animal, who then turned on him. As the bear was clawing at Nikonov, a Dachshund approached and barked at the bear. (The paper did not clarify who owns the dog.)

The dog, named Tosya, ran into the woods with the bear pursuing her. Tosya later returned home, uninjured. The bear, which had been seen previously in the village looking for food, was later captured. Both boys were treated for cuts, scratches, and bites. Nikonov, was lauded for his bravery, but his mother said Tosya was “the real savior.”

Boy, 8, saved from bear attack by his hero friend, 12, and a daredevil dachshund https://t.co/MqwBFYmGvL pic.twitter.com/GwLJezhm8Y