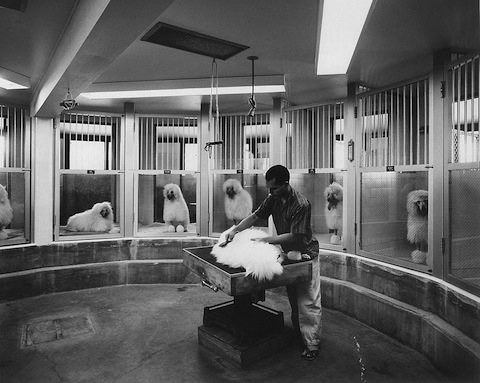 “Times Past,” AKC Gazette: In the mid-1950s, industrialist Henry J. Kaiser and his wife, the former Alyce Chester (Aly or Ale to her friends), adopted Manalua Bay, Hawaii, as their home. A 1960 Time magazine article described their beachfront palace, and the kennel built to house their Alekai Poodles: “In true Kaiser style, even his poodles live like kings, with a covered exercise area in their kennel of gold-anodized aluminum, a trophy room, a maternity ward and a beauty salon.”
The mastermind of the Alekai breeding program was Wendell Sammet, who used Puttencove and Blakeen stock to establish a line built to last.
Sammet inherited the Alekai dogs after Mrs. Kaiser’s death and—pausing just long enough to insert a space between the kennel name’s “Ale” and “Kai”—continued Ale Kai’s run of uninterrupted success for decades.

More on Poodles: Visit the Poodle Club of America, and explore the Non-Sporting Group breed columns in the AKC Gazette.