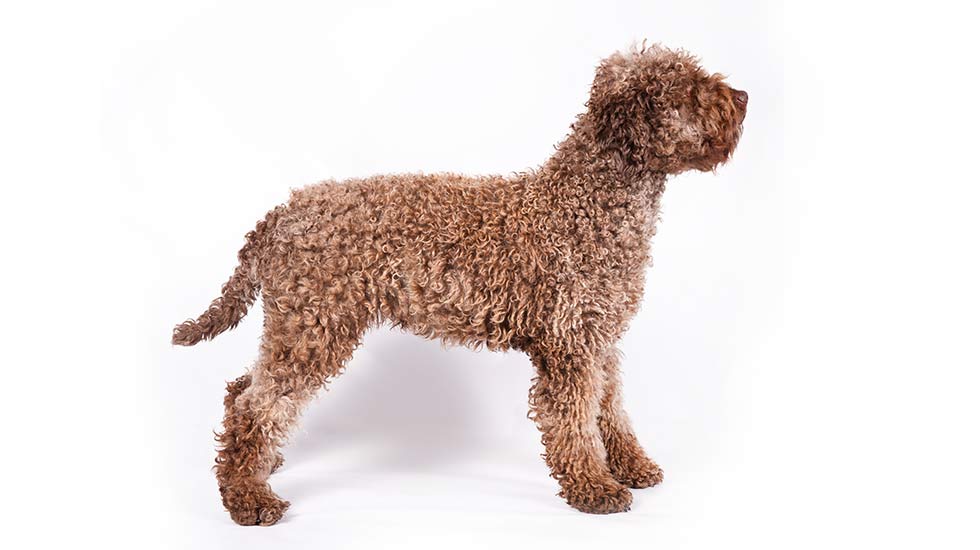 The AKC recently welcomed three new breeds to its registry, including the unique Lagotto Romagnolo.

An Italian breed, they are affectionate, smart, and friendly. But this sporting done has a distinction that separates him from the pack:

The Lagotto is the only purebred dog recognized as a specialized truffle hunter.

So not only is he beloved in the dog world, foodies and chefs in the U.S. have joined his fan club.

Truffles are highly prized for their earthy, delicate flavor. They’re also very difficult to find—they only grow on tree roots underground, and they don’t ripen for several years. As a result, demand is high, and so is the price.

They are referred to as the “diamonds of the culinary world,” and cost between $800–1,200 per pound.

Alana McGee is the co-founder of the Truffle Dog Company, which trains dogs to find truffles for California orchard owners, and in the wild. McGee recently told the Associated Press: “There is huge demand for truffle dogs right now … it's fun for the dogs. They get rewarded for using their noses, which is how they see the world.”

McGee's dog Lolo, a brown and white Lagotto Romagnolo, recently sniffed for  truffles on the roots of oak and hazelnut trees planted next a vineyard in Carneros, California.

The job of truffle-hunter in Europe traditionally belonged to pigs, but since dogs are easier to manage—and don’t seem as eager to eat their fungus finds—they’ve become more widely used.

Ken Frank is the chef and owner of La Toque, in Napa Valley, California, and is considered the top truffle chef in the U.S. He imports the delicacy from Europe and Australia, but tells the AP that he is excited to serve locally sourced truffles.

“To be able to get a truffle that was dug in Carneros this morning for me to put on the menu tonight, that's a game changer,” Frank told the AP. “That's a big deal and we're very excited about it.”

Welcome to the AKC, Lagotto Romagnolo—we really dig you!