9 Reasons to Love Everything About the Scottish Deerhound 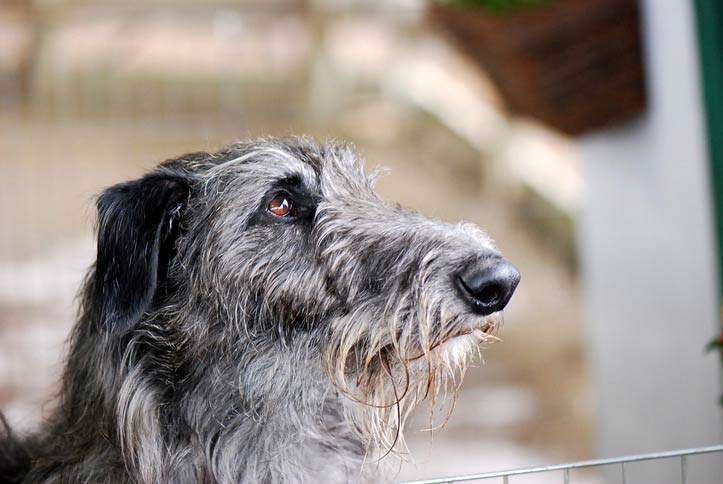 The giant Scottish Deerhound coursing joyfully through a field is a glorious sight. This majestic and ancient breed has been prized since at least the 16th century for its endurance, courage, speed and great skill at bringing down deer. In fact, the 'Royal Dog of Scotland' was so highly esteemed that, in early days, ownership was exclusive–no one ranked lower than earl could possess one. Because of that, the breed almost became extinct. But there's another reason the Scottish Deerhound is so treasured: his gentleness, dignity, charm and attachment to his family. Fans of the breed love both sides of this magnificent dog. Here's why:

1. The Scottish Deerhound needs plenty of exercise. He runs for the sheer joy of running.

2. His love of the chase makes him a natural at lure coursing.

3. Standing about 32 inches at the shoulder and weighing over 100 pounds, he's magnificent in motion.

It's a bird it's a plane it's a Raven! Nice to see you @dhgirl and @jtnichols Raven and Dunul #scottishdeerhound

4. So, how does this big guy do in the house, you might ask? Any lover of the breed can tell you that he's the world's largest couch potato, perfectly happy to snooze the day away. To paraphrase “Jaws,” you're gonna need a bigger couch!

5. Older dogs may resist getting up and out, but they need their exercise, too.

6. The Scottish Deerhound is beloved for his gentleness and he craves human companionship.

8. Although his size may intimidate some smaller children, the Scottish Deerhound is gentle with kids.

9. The combination of his joyful, bounding energy and gentle sweetness at home make this giant of a dog pretty much irresistible.