The Friendly and Clown-like Otterhound Is a Rare, Yet Wonderful Companion 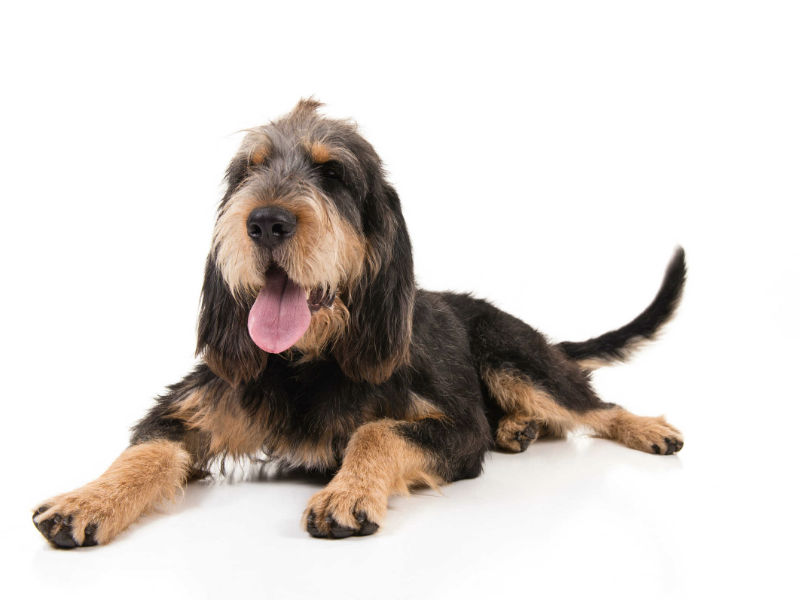 Although he may not look like it, the boisterous and friendly Otterhound is a large scenthound. This breed’s rough, double coat and webbed feet, the result of his combined land-and-water-hunting heritage, make him unique among hounds. These clown-like dogs with a great sense of humor make for wonderful family companions, but they are also one of the most endangered dog breeds today, with fewer than 350 in the United States and Canada and less than 1,000 worldwide.

There are references to “otter dogges” in England as far back as the 1100s, but it wasn’t until the late 18th century that the breed came to look as it does today. Initially, Otterhounds were developed to hunt in packs. Their quarry was river otter, an animal that put much needed fish stocks at risk. Later, hunting river otter became a sport, rather than a way of protecting fishponds. The Otterhound of today has Bloodhound and several rough-coated French hound breeds in his heritage.

According to the breed standard, the Otterhound head shows great dignity. But looks aren’t the whole story, because this is a dog with a childlike, joyful heart. Their wonderful personality makes them a great family dog. Your Otterhound will be happy to greet you when you get home, but is independent enough not to make you his entire world. They are also good with children. Although, as with any dog, supervision is necessary with young toddlers and the elderly because these large and energetic dogs can easily knock somebody over.

The distinguishing coat of the Otterhound features a short, woolly, and slightly oily undercoat that is water-resistant and may be sparse in the summer months. The dense outer coat has a broken appearance and is rough, coarse, and crisp. Any color or combination of colors is acceptable in the Otterhound coat, although some variation of black and tan with grizzle markings is most common. The coat will need to be brushed on a weekly basis, unless it is softer than usual, in which case more frequent brushing will be needed to prevent matting.

Otterhounds are quite vocal dogs known for their deep bay, which can carry easily over long distances. At one time, listening to the “music” made by a pack of hunting Otterhounds was part of the joy of the hunt. Although the baying has its charms, you and your neighbors might not agree. Some Otterhounds seem to enjoy hearing themselves “talk” and will mutter, groan, grunt and sigh. Others will relish “singing” along with you or other dogs.

Another interesting trait of the Otterhound is the way many of them choose to drink from the bottom of their water dish. It’s not uncommon for them to submerge their nose or even their entire head when taking a drink, rather than lapping from the surface like other breeds.

Otterhounds have an extremely sensitive sense of smell. Like other scenthounds from the Hound Group, Otterhounds should be kept on leash or in a fenced yard when outside. Their innate desire to track any interesting odor may overrule their desire to listen to their humans. To let your Otterhound’s nose do its job, consider participating in scent-related dog sports, such as tracking, that will let your dog’s inborn talents shine.