5 Things You Didn’t Know About the Lagotto Romagnolo 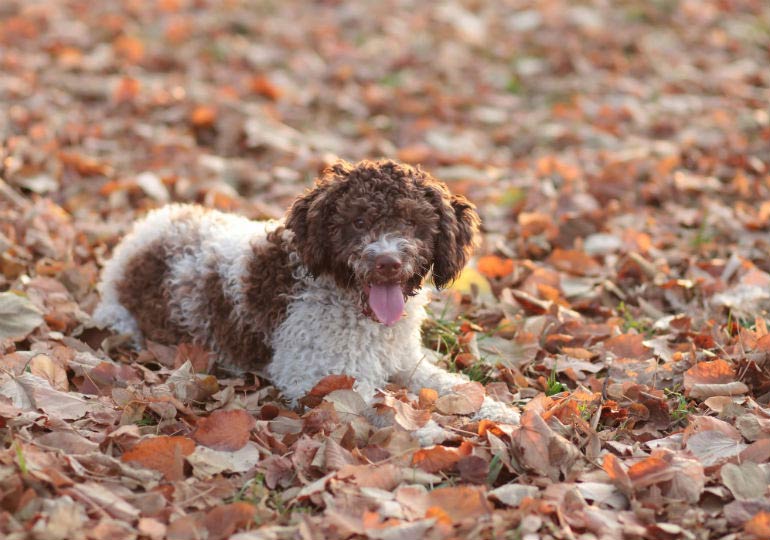 There is written evidence that the Lagotto Romagnolo was working in the marshes of Italy as early as the year 1600. But many believe the Lagotto Romagnolo's history goes back much further than that. Etruscan artifacts depict hunting dogs that bear a striking resemblance to the Lagotto, and the Etruscans lived in Italy from the 8th century to the 2nd century B.C.

2. His Name Comes From His Career

The Lagotto Romagnolo was originally a water dog that would retrieve game from the marshes for hunters. “Lago” is the Italian word for lake, and in the local dialect of Romagna, “Càn Lagòt” translates directly to “water dog” or “wetland hunting dog with crimped, curly coat.”

3. He Appears in Italian Art

There are numerous paintings from the Renaissance era that depict the Lagotto Romagnolo. Pittore Lombardo, Guercino, and Andrea Mantegna are three artists who have depicted the Lagotto Raomagnolo in their work. However, some think that the dog in Andrea Mantegna's “The Meeting” is actually a Spinone Italiano.

4. He Went Through a Major Career Change

When the marshes of Italy were drained and reclaimed for farming in 1800s, hunters had little use for water dogs anymore. Truffle hunters — people who go looking for those rare mushrooms that are considered a food delicacy — began to repurpose the Lagotto to assist them. In the years between the world wars, almost all of the truffle dogs of the truffle hunters of Romagna and the adjacent areas were Lagotto Romagnolo.

Truffle hunters deserve credit for saving the Lagotto from extinction by giving it another line of work. But truffle hunters were also not concerned with producing purebreds. They were only concerned with breeding the dogs that were the best truffle hunters, so they often bred Lagotto Romagnolo with other breeds that had the same skills. How much these foreign crosses permanently changed the breed is unclear.