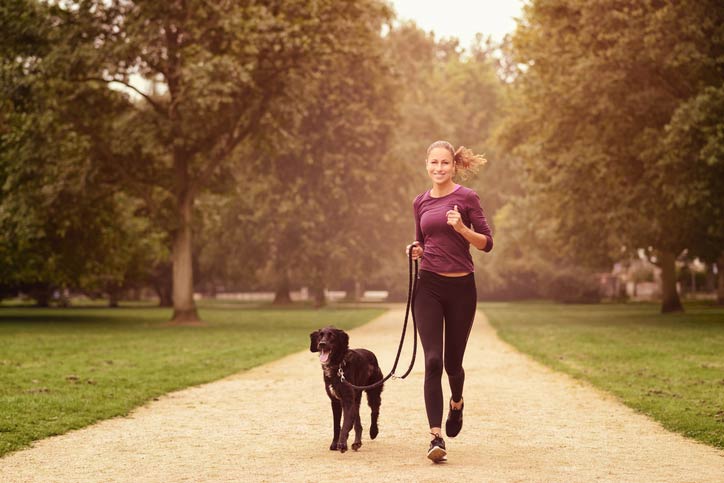 Orthopedic issues in dogs, like hip dysplasia and cruciate ligament ruptures, can be painful and costly to treat. But when detected early and given proper veterinary attention, affected dogs have a high chance of a successful outcome. Also, proper testing by breeders helps to prevent these problems in offspring.

Jennie led her 5-month-old Golden Retriever puppy into my examination room, and I observed that Chester was showing wobbliness in his back legs. Jennie thought he had a sprain from being too rambunctious. Once I questioned her, though, she realized Chester had been hesitating before jumping in their truck for the last month.

When I see a large dog with a sore back leg, I look for a hip problem or a ruptured knee ligament. I don’t like to see either disease because of the implications—both pain and cost.

As I checked Chester’s legs, I noticed his muscling was not as developed as it should be. The telling sign was the resistance when I pulled the hind legs straight back. The legs normally go horizontal (parallel to the floor) in full extension. Doing that really hurt Chester.

Once I knew where the problem was, I took a radiograph. As soon as I looked at the image on the computer screen, my heart dropped. Both of Chester’s hips were out of joint. He had severe hip dysplasia (HD), probably one of the worst cases I had ever seen.

Jennie asked, “What caused it?” She had done everything right. She had kept her four-legged friend lean, which is proven to reduce the probability of HD in later life. Exercise is thought to have a bearing on HD. Excessive trauma to the hip joint is believed to stretch the ligament that holds the hip in place, increasing the likelihood of clinical HD. On the other hand, exercise keeps muscles toned, which helps protect the hip joint. The happy medium is to provide dogs with adequate exercise to tone their muscles but not excessive uncontrolled activity that may stress the joint.

These measures had not worked in Chester. It came down to his heredity. Most breeders make sure both parents are clear of the disease by using either the Orthopedic Foundation for Animals (OFA) model or the Pennsylvania Hip Improvement Program. This gives the best chance of not passing the condition on to puppies. Chester’s father had his hips certified as OFA Excellent, the highest possible rating, but his mother wasn’t tested.

Chester had surgery when he turned 6 months. According to Jennie, the cost was considerable, but the difference in Chester before and after surgery was astounding. After the surgery, Chester started to run again and showed no signs of pain.

Another orthopedic condition, the most common in dogs, is cruciate ligament injury.

In dogs, the cranial cruciate ligament (CCL) can break, similar to an ACL tear in people. When this ligament breaks, the knee becomes painful, unstable, and prone to arthritis.

Veterinarians diagnose a damaged CCL by pushing the tibia forward to see if there is laxity in the ligament. Excessive movement means the ligament is broken or stretched.

The damage is treated either medically or surgically, depending on the weight of the dog and the degree of instability. Small dogs are often given rest only, and most become clinically normal within six months or improve sufficiently to allow adequate function. Acupuncture, laser therapy, and chiropractic techniques have proven useful to promote healing.

Whether surgery is necessary in larger dogs is debatable. A recent study shows that while 75 percent of those undergoing surgery had a successful outcome, 64 percent of those who did not get surgical treatment had adequate function.

If a dog does get surgery for CCL rupture repair, there are multiple options. In the implantation surgeries, a strong nylon is placed to mimic the ligament function and stabilize the joint. Or, surgeons change the joint’s anatomy by cutting the bone, redirecting forces so that the cruciate ligament is not needed.

The key with any lameness is to get a diagnosis by your veterinarian. Because joints can develop arthritis quickly, earlier is better than later.

This article was originally published in AKC Family Dog magazine. Subscribe today ($12.95 for 6 issues, including digital edition) to get expert tips on training, behavior, health, nutrition, and grooming, and read incredible stories of dogs and their people.
*Turn off pop-up blocker to subscribe
AKC Privacy Policy
Founded in 1884, the AKC is the recognized and trusted expert in breed, health, and training information for dogs. AKC actively advocates for responsible dog ownership and is dedicated to advancing dog sports.