One Word That Will Make You a Great Dog Trainer 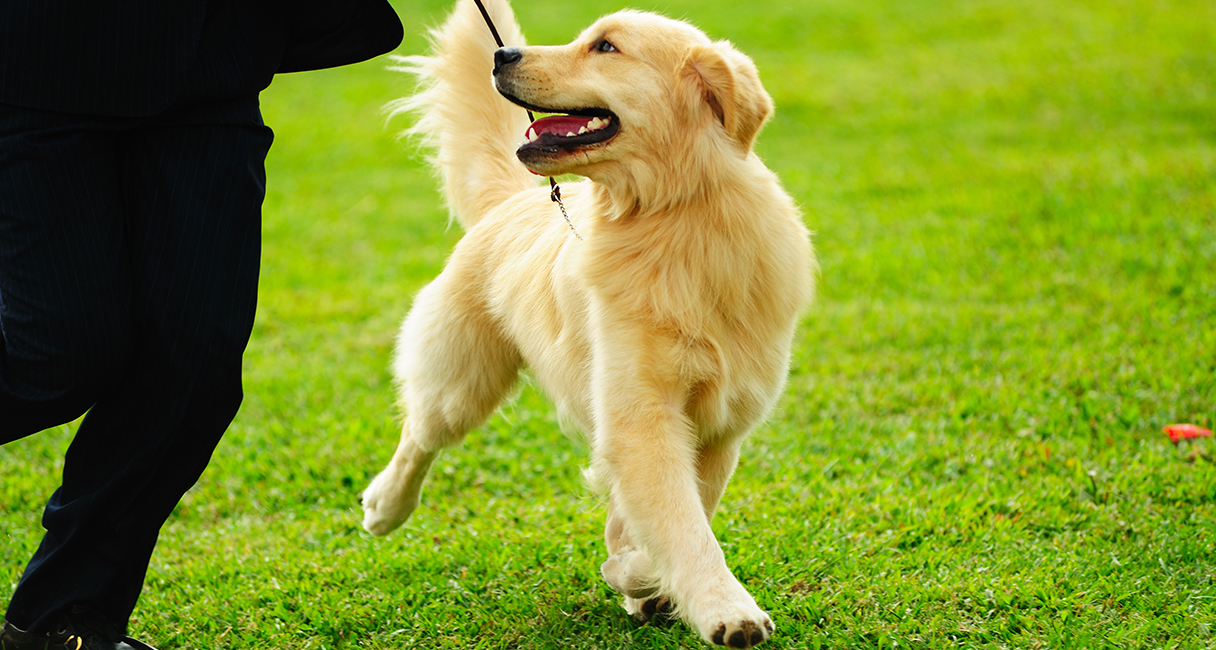 Freddy, the Bichon Frise, was in fine form that Saturday at his weekly agility class, flying over jumps, king of the mountain on the A frame, and fearlessly diving into tunnels.

It was all cause for celebration, but you wouldn’t have known that from the look of his owner. She moved grimly, silently, except to bark out commands.

The first and only observation she made on his performance was to bark out a sharp “No!” when he jumped off the dog walk too soon. At that moment, Freddy unraveled and started zooming around in mad, nervous circles.

His owner threw up her hands and, as she led the little white dog off the floor, she asked the trainer what went wrong.

“When he was doing everything right, you paid no attention to him,” the trainer said. “Then you yelled at him when he made a mistake. You have to praise him more when he’s doing the right thing.”

In his second run, there were yays and good boys galore. Freddy navigated the course perfectly with the kind of glee that can be expressed only by a happy Bichon.

“I never realized what a difference it can make!” Freddy’s owner bubbled, as she hugged her little dog.

Just how important is praise in training a dog? And how do you know when you’ve got it right?

“Praise, which falls into the category of positive reinforcement, is one of the most important tools you can use when training,” says Dr. Mary Burch, director of the AKC’s Canine Good Citizen program. “We would all, humans and animals alike, rather have some positive, happy attention than to be yelled at.”

Learning when to offer kind words enhances your skills, as well, she says. “Watching behaviors carefully, so you know just when to praise, makes you a better trainer.

In the early stages of training, food is usually used be used as both a lure (to get the dog into position) and as a reward,” she says. “When praise is combined with a preferred food treat—you say “Good sit,” just as you give your dog a treat for sitting— before long you can fade the food most of the time and use praise as the reinforcer.”

In the Canine Good Citizen test, even though food may have been used in early training, treats are not permitted during the test. “We want to see owners interacting with their dogs, and that includes praise,” says Burch. “In CGC and other training, most of the time, if you see an owner who praises her dog, you see a good relationship—that’s what CGC is all about.”

We asked trainers, CGC evaluators, and dog owners to talk about their personal praise styles.

Good dooooog! With lots of massage. Shelties hate to disappoint their human and touch is the greatest reward for my guys. Although they wouldn’t say no to a couple chunks of string cheese!—Cheryl Butchko, who does carting with her Shetland Sheepdogs.

My favorite training praise word? Fuss. As in “What a good boy! Fussfussfussfussfussfussfuss!” Because he deserves a little fuss and recognition when he “gets it” It makes him really happy.—Pamela Gifford Isaacson, owner of Leonberger show dog Burton.

It’s huge! I believe in positive reinforcement so praise was always big with my dogs. It depended on the dog how I did it. With the Labrador Retriever it was a high-pitched good boy. With the Black and Tan Coonhound I’d show more excitement say good girl with a lot of enthusiasm and pretty much jump up and down. I had to show more excitement for her to respond & realize she did something good. —Collen Fitzpatrick, devoted owner of retreivers and hounds

I phase out treats by using “good” or “yes” as I give them a treat to imprint the praise word. I still keep food intermittently. We could not use food for detection dogs, so praise was vital. And the toy.—Karin Long, who lives with a Cane Corso, Ca de Bou, and pit bulls, and has run rescues for Mastiffs and other giant breeds

In conformation class we say “asparagus” in an uplifting voice to cue dogs to raise their drooping tails, and “Hollandaise!” to reward. … The tone matters more than the actual word, so you can use “broccoli” or “cupcake” if you like those better.—Elaine Waldorf Gewirtz, Dalmatian breeder and exhibitor, dog-show handling coach, and award-winning dog writer