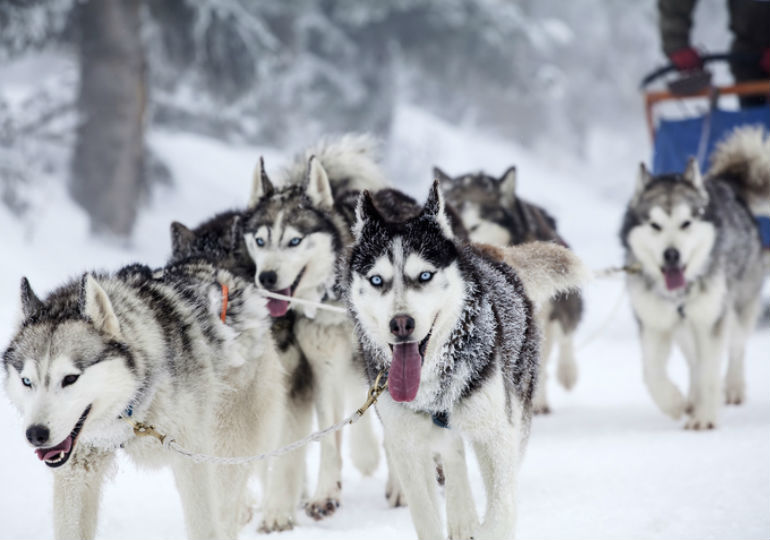 The dog’s long march from wild animal to ball-chasing, couch-hogging, kibble-crunching family pet might have begun 40,000 years ago. This places the domestication of canines much farther in the past than has been previously thought, according to the study “Ancient European Dog Genomes Reveal Continuity Since the Early Neolithic.” The findings were published this week in the journal Nature Communications.

It’s common knowledge that the dog descended from the wolf. When and where it happened, however, has long been the subject of conjecture and controversy. “Archaeologists suggest one and geneticists suggest another,” the study’s author Krishna Veeramah, a palaeogeneticist at Stony Brook University, told Nature magazine. “People are always getting very different answers.”

Veeramah’s team studied genomes contained in three Neolithic dog fossils: two from Germany and one discovered in Ireland, spanning in age from 4,700 to 7,000 years. By comparing these genomes with gene sequences of modern canines, wild and domestic, the researchers estimate that dogs and wolves parted ways genetically between 36,900 and 41,500 years ago, and that some 17,500 to 23,900 years ago the dogs of Europe diverged from dogs of Asia. The rise of domesticated dogs had to have occurred between those events, so the team estimates that domestication began 20,000 to 40,000 years ago.

Domesticated Once or Twice?

The new research also suggests that canines of the distant past were domesticated just once. This contradicts a 2016 study conducted at the University of Oxford and published in the journal Science. The Oxford team found that “dogs were independently domesticated twice from gray wolves during the Old Stone Age, once in Asia and once in Europe.” In the Oxford scenario, an Asian subpopulation of dogs migrated to Europe during the New Stone Age and supplanted Old Stone Age European dogs.

Because of the relatively skimpy fossil record, scientists are still unable to agree upon an exact time, place, and scenario for dog domestication. The disagreement will likely continue until more evidence is discovered.

“If we can add in other ancient samples from all around the world, it’ll give us a more comprehensive picture of population history and likely dog origins,” geneticist Adam Boyko, of Cornell University, concludes in the Nature report. “But we need diverse samples not just geographically, but also through time.”

For more on the origins of the canine race, see “The Gene Detectives” in the June 2017 AKC Gazette.