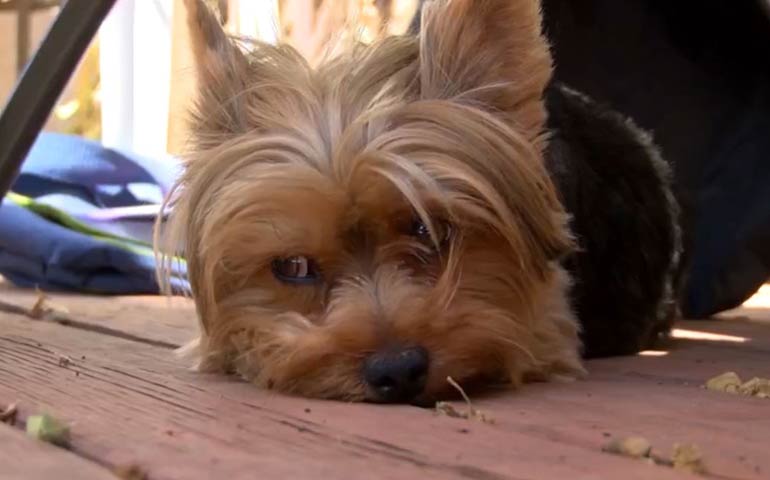 Does size really matter? Not in the case of Benji, a Yorkshire Terrier credited with saving his owner, Vietnam veteran Larry Yepez, from a vicious bear attack.

Yepez told Your Central Valley, a local news station in California, that a 250-pound black bear attacked him in his home last week (scroll down for video). He said the bear knocked him down, injuring his wrist and leaving gashes all over his face, neck, and chest.

“You know it’s fight or die, and I was fighting for my life,” he told The Fresno Bee.

But then Benji came to the rescue. The little dog nipped at the bear’s legs, barking, which was enough of a distraction for the bear to release Yepez. He and Benji escaped, and when Yepez returned armed with a sword, the bear was gone. Yepez then reportedly drove himself to a hospital about 9 miles away, where he got treatment.

Little Benji's brave act is impressive, but no surprise to Yorkie owners. Yorkshire Terriers are known for their spunky, fearless personalities—often acting like they’re much bigger than their 5- to 7-pound bodies. One famous Yorkie, Smoky, even became a WWII hero by dragging a communications line through a drainage culvert. Read her story here.

Meanwhile, in Canada, a dog saved his family from a bear that entered their kitchen in the middle of the night. Read about that here.