Heroic Teen Stabs Bear to Save His Dog 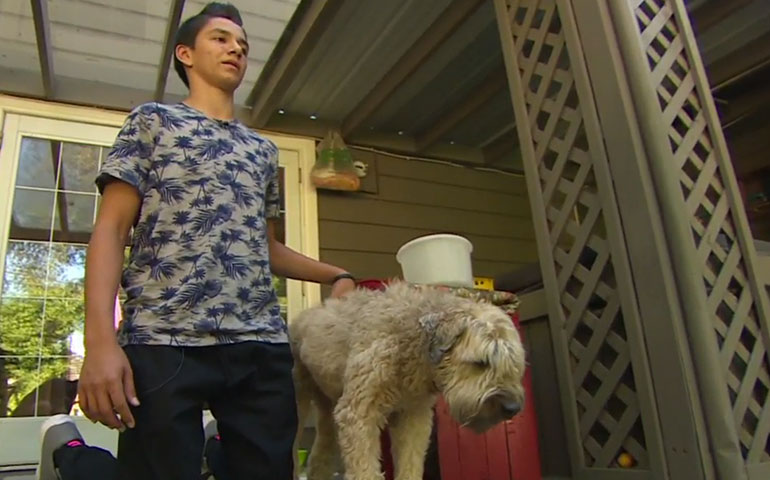 We recently comes across several stories of pet owners acting courageously when their dogs’ lives were threatened by wild animals. For instance, one woman fought off a python that had wrapped around her dog. Another tussled with an alligator that snatched her dog. And then there’s Pierce Orminston, a 15-year-old Canadian, who saved his dog from the grips of a bear using a kitchen knife.

According to CBC (scroll down for video), the teen let his dog, Dublin, outside to go to the bathroom on a Wednesday night last month, and heard her barking frantically. He peered through the darkness to see a large black bear attacking her.

Orminston claims he’d seen bears in his yard before, but they’re usually much smaller. He first used a tactic he’d used in the past—banging a pot with a spoon to scare off the animal. It didn’t work. “I started hitting the bear in the head with a pot. Then I dropped the pot and tried to tackle it and pushed it and nothing happened,” he told CBC.

As a last resort, he grabbed a six-inch kitchen knife and jabbed it into the bear’s back, which forced the bear to release Dublin and run off.

Ever since that night, Dublin reportedly hasn’t left his teen owner’s side.

Officials have not been able to locate the bear.

See the full story in this video: