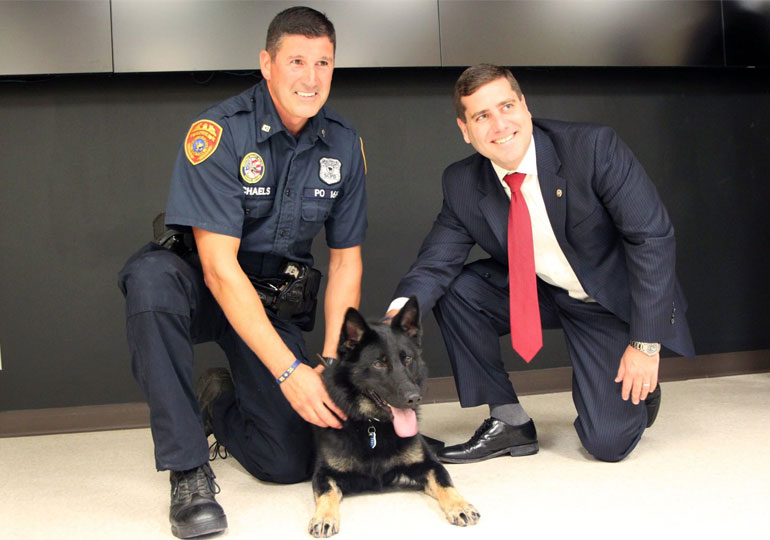 On July 7, five officers with Dallas Police Department were shot and killed in an ambush by an armed individual. Now their dedication to serving will be memorialized by a K-9 rookie.

Last week, in honor of the lives lost on that day, the Suffolk Country Police Department in New York debuted K-9 Dallas V, a 15-month-old German Shepherd Dog, who will serve with the unit alongside partner Officer Kenneth Michaels.

Nine officers and two civilians were also injured during the shooting, which was the most devastating attack on law enforcement since September 11, 2001. The suspect, Micah Xavier Johnson, was killed by police following a standoff.

“The shooting sent ripples through the entire law enforcement family across this country and served as a stark reminder of the sacrifice officers make to protect their communities each and every day,” the SCPD wrote on Facebook. “It is our hope that Dallas V helps to preserve the memory of the fallen officers: Senior Cpl. Lorne Ahrens, Officer Michael Krol, Sgt. Michael Smith, DART Officer Brent Thompson, and Officer Patrick Zamarripa.”

These police recruits are bringing top notch speed and skill to their jobs — plus some wagging tails for good measure. For more: http://nwsdy.li/2bgoWzz