Junior Spotlight: A Competitor from the Last Frontier 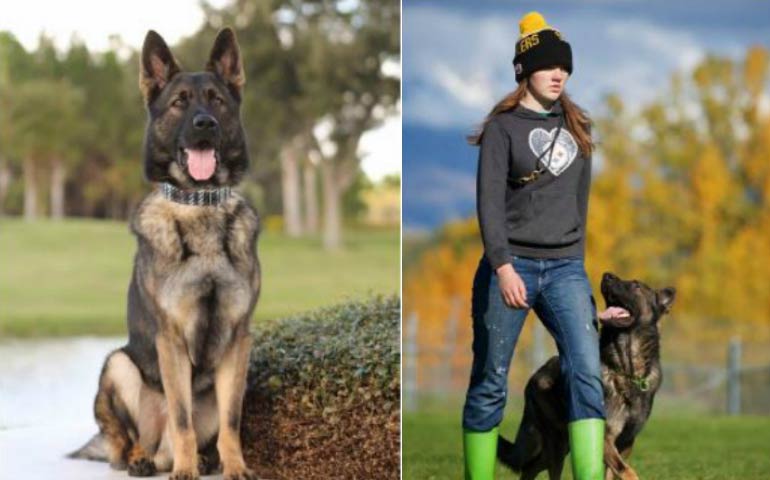 Staying competitive out of state while competing in Alaska is not as easy as it may sound. Sixteen-year-old Junior Handler Destiny Lytle can confirm that. Growing up a resident of Palmer, Alaska, she’s had to deal with some extreme weather while still maintaining a high level of competitiveness. Destiny says that the average Alaskan sporting event is anywhere from 25 to 300 or more miles away from her, which can include driving through white-out conditions, severe weather, and temperatures as low as 40 degrees below zero.

Destiny traveled to the Junior’s Obedience Classic for the first time in 2015 with Veniaminof von Lytle APR2 BH FO RE OJP NAP CGC CA HIT, “Ven,” a four-and-a-half-year-old German Shepherd Dog from Palmer, Alaska. While Ven and Destiny ended up finishing in 11th place in the Beginner Novice (titled) class, they were also awarded first place with a perfect score of one hundred in the Rally Excellent competition. In addition to competing in AKC Rally, Obedience, and Agility with both Ven and her Cardigan Welsh Corgi, Irene, Destiny also got to try Dock Diving with both of her dogs!

“[Ven] does it all. Not many Juniors or Junior’s dogs do multiple sports.” Destiny said. “Ven is a great judge of character. I always know who I can trust around him because he will only work or play with certain people.”

Destiny says that she plans to stay in the dog show world after she ages out of juniors, stating that she “likes being in the ring with her dogs because they have fun.”