It’s All In The Family: Son of K-9 Hero Becomes An Official Police Dog 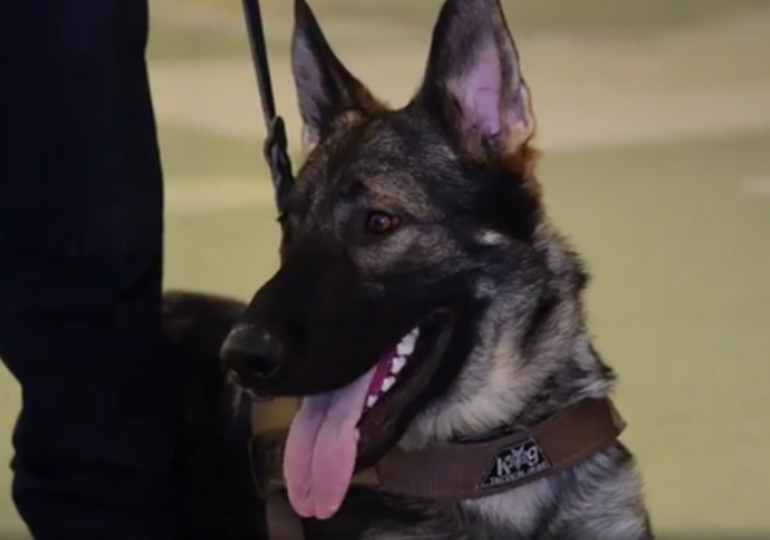 Blitz is on patrol. After his graduation on August 17, Blitz is an official K-9. This dog, however, is no ordinary K-9; he has heroism in his blood.

Blitz is the son of K-9 Bodie, who saved the life of his partner, Sacramento Police Officer Randy Van Dusen, in 2012.

While the pair were pursuing a suspect, Bodie protected Officer Van Dusen and was shot in the process.

“After a dog saves your life, there is something that is difficult to describe, to be able to go home every night still to my family solely because of Bodie doing his job and being there for me, the feelings that I have for him are very, very deep. He's the best partner anyone could ask for,” Officer Van Dusen told The Sacramento Bee.

Now, Blitz is following in Bodie's footsteps. Blitz has completed his training and celebrated his graduation with a dog-friendly cake.

“I could not be happier, knowing that [Bodie's] bloodlines are gonna be out there and protecting citizens in this area, and also the officers that work in this area that are such good friends of mine,” said Van Dusen.

K-9 Blitz will be working for the Citrus Heighs Police Department with Officer Joe Davis.

See K-9 Blitz and K-9 Bodie in the video below.

To learn more about K-9 officers, check out those recognized by AKC's Canine Officer program.

K-9 Goes Above and Beyond to Find Missing Woman