Finn the Wonder Dog Travels the Globe to Protect Other Species 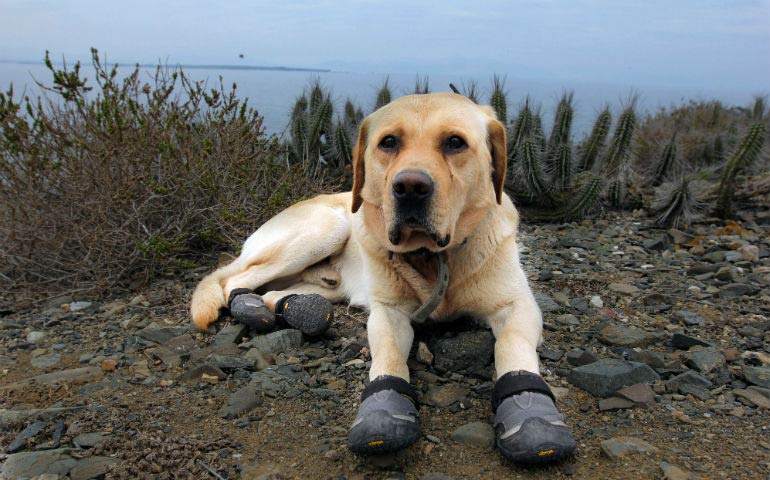 Finn the Wonder Dog , a yellow Labrador Retriever rescue, has earned his nickname by traveling the world helping restore ecosystems and save species from extinction. In one project, it was the vulnerable Humboldt penguin who benefited from Finn’s incredible nose and hardworking attitude.

On Chile’s Choros island, invasive rabbits were destroying seabird populations by occupying their burrows, increasing erosion, and grazing on vegetation. The Island Conservation Restoration Project began removing the rabbits in 2013, then brought in Finn, with his handler, Karen Andrew, to confirm that the invasive rabbits were gone. He was able to determine the presence of a rabbit with one sniff, often from long distances. Without Finn, conservationists would be on their hands and knees in the tussock, trying spot fresh rabbit scrapings or scats. Finn is trained to indicate the presence of a rabbit by scratching at the ground and is then rewarded with his favorite toy, a fun game, and lots of pats.

Invasive animals are driving some native animals to extinction—some of whom only exist on islands. “Invasive species removal projects are always complicated,” says Madeleine Pott, Project Manager for Island Conservation. “Choros Island’s native plants and animals now have an opportunity to recover. This project is an essential part of a larger effort to restore the region’s island ecosystems to preserve biodiversity and support local marine and tourism economies, food security, and human well-being.”

After a few months on Choros, the team observed young seedlings growing and flourishing without the risk of being eaten to the ground by invasive rabbits.

Finn has spanned the globe from New Zealand and Australia to Macquarie Island, in the sub-Antarctic. Four-legged workers like him are helping to halt the loss of species and protect treasured ecosystems for future generations.

A Girl's Life Depends on This Dog's Nose

A Nose for Ooze: A Dog Puts Scent Skills to Good Work

The Ten Best Breeds for Following a Scent