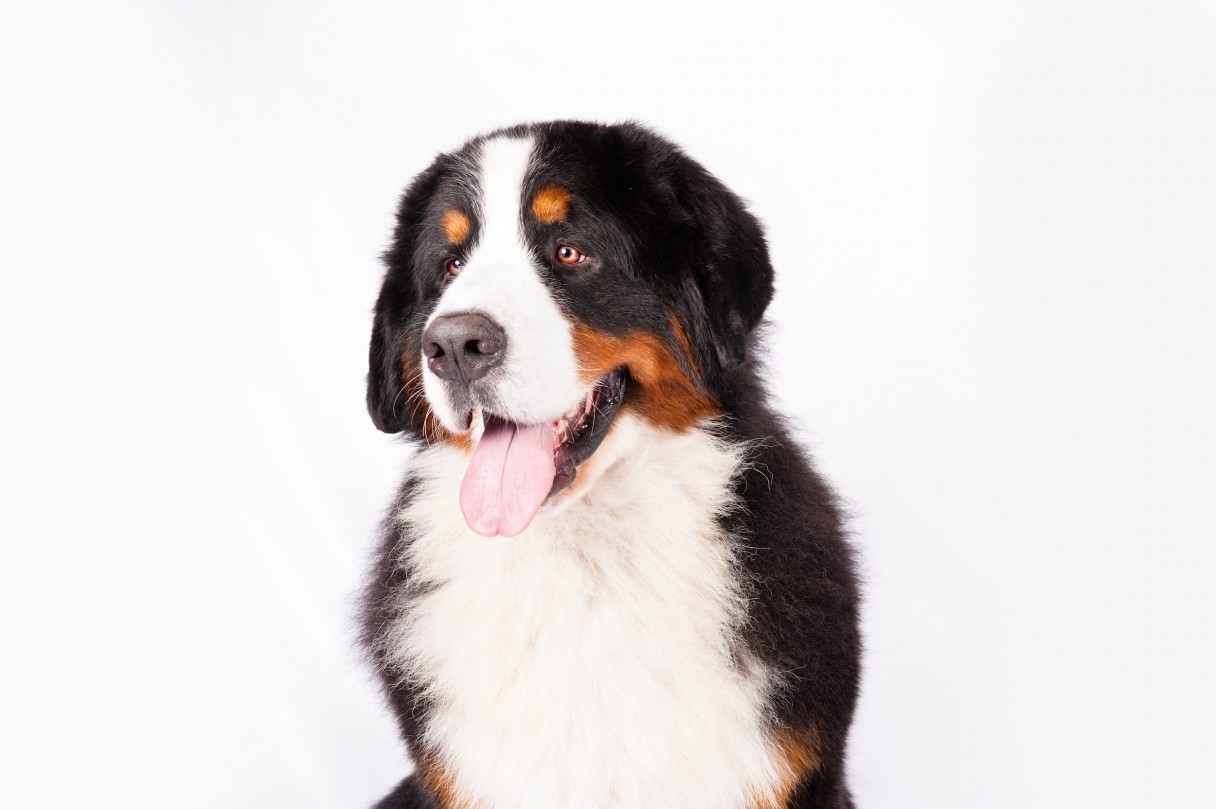 Celebrating the breed’s 40th-anniversary national specialty was something I never dreamed possible when I sat on the bench with my entry at the Bernese Mountain Dog Club of America’s first national specialty on March 13, 1976, at the Harrisburg Kennel Club’s benched show at the Pennsylvania Farm Show Building. The catalog cover boasted the event as the “Forty-First Bicentennial Anniversary All-Breed Show and Annual Obedience Trial”—a fitting title, with 1976 being our country’s Bicentennial.

At the show there were 2,967 dogs entered, with 3,135 entries in 126 breeds or varieties. The judge for Bernese was the late Mr. Arnold I. Woolf, with an entry of 81 BMDs (plus two Veteran Bitches, three Stud Dogs, and one Brood Bitch entry), with a total of 14 dogs, 35 bitches, and 29 specials. Sweepstakes, judged by the late Dr. O. Paul Rosbolt, Jr., had an entry of 10. There were seven BMDs in obedience. Although the BMDCA had junior members, there were none in Junior Showmanship at the show.

Interestingly, of those persons entered at that first national, 14 are still members, including the 1976 president, Mary Alice Horstick (now Eschweiler), and Carolyn Lockhart, then vice president.

The fellowship was incredible. That first, greatest single assembly of Berners for the club’s premier national specialty was thrilling. It was the only BMDCA national to be held in conjunction with an all-breed show. Thence forward, they have been independent national specialties.

California was a fitting location for this gala, the 40th national specialty, as it was from the Golden State that Carol Pyle sent a letter on January 28, 1968, about forming the Bernese Mountain Dog Club of America. In the Newsletter, Volume I, Number 1 (March 1968), Carol wrote, “We now have 33 members, many of whom sent additional names along with their applications … All in all, it would appear that the club is off to an excellent and enthusiastic beginning.” By year’s end, membership had jumped to 62, with 43 AKC BMD registrations for 1968. My sister, Elizabeth, and I were among those swelling the numbers.

At present, all but one state—South Dakota—has BMDCA members, an appropriate testament to the widespread, coast-to-coast ownership of this breed. Overall club membership totals 1,263, including Canadian and international members.

Thirty local/regional BMD clubs, with 13 being licensed, serve the U.S. While a variety of activities abound in their club offerings, the increasing number of draft workshops and tests being held is indicative of more and more Berner owners taking great interest in working their dogs in what they were bred to do. The 1992 national specialty was the first to include draft, and it’s been a fixture ever since. Participation in draft events and fun gatherings continues to escalate at the local level. One enterprising club encouraged enthusiasts to participate in filling their carts with food donations for en masse delivery to a food bank. Why not try drafting? —Julia Crawford, Bernese Mountain Dog Club of America, January 2015 AKC Gazette