What Was the Pug Bred to Do? 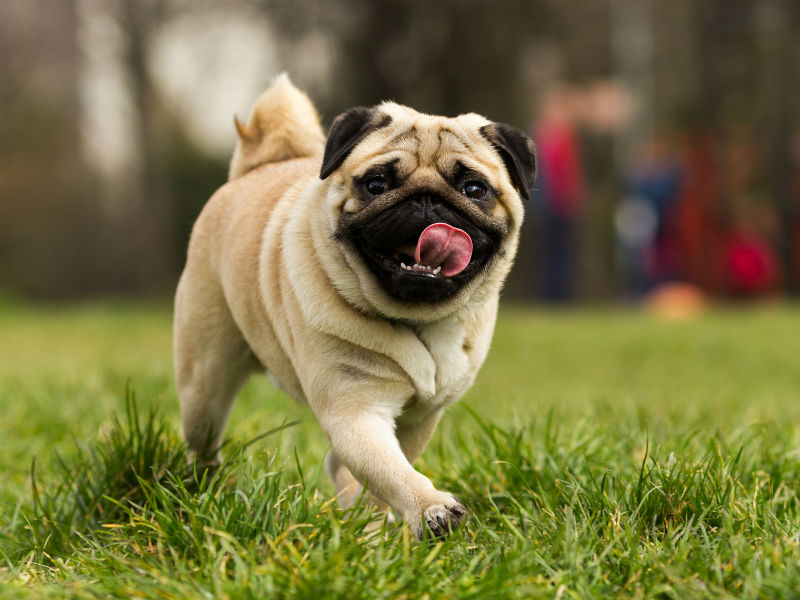 Some breeds of dogs have seen their purpose change over the years. The Pug is not among them. These cheerful, playful, and affectionate little dogs are among the oldest dog breeds known today, and throughout their long history they have performed just one very important job: keeping us company.

Pugs are an ancient breed of dog, with roots dating back to 400 B.C. Most historians agree that the breed originated in China, where they were bred as companion animals for the wealthy. This does not come as a surprise to Pug enthusiasts, and they will be the first to tell you that Pugs sure know how to make their owners feel like royalty.

With their people-pleasing nature and adaptability, Pugs made a name for themselves as ideal lapdogs and companions. They kept Tibetan Buddhist monks company in their monasteries and received royal treatment as companions to Chinese emperors and their families, who valued them so much they even kept guards and servants to protect and care for them.

Their small size, sturdy frame, and minimal exercise requirements made them ideally suited as a household pet. The aunt of Catherine the Great of Russia even took some of her pugs to church with her, proving just how adaptable Pugs are to any circumstance. From the countryside to the city, Pugs kept their owners company, warming hearts and laps alike.

The Pug’s popularity spread from China to Japan and Russia and ultimately to Europe, where they quickly ensconced themselves in royal palaces and the homes of the upper class. Numerous monarchs kept them by their sides, including Queen Victoria of England and Prince William the Silent of Holland, who owed his life to his brave little Pug. In tribute to the Pug's lofty social position, even renowned European artists such as Goya, William Hogarth, and Reinagle included them in their paintings.

Today, the Pug continues to delight and entertain owners around the world. While the exact origins of the breed remain a mystery, one thing is certain: Pugs still perform the job they were bred for with the charm and loyalty only a Pug possesses.