10 Things You Didn’t Know About the Cocker Spaniel 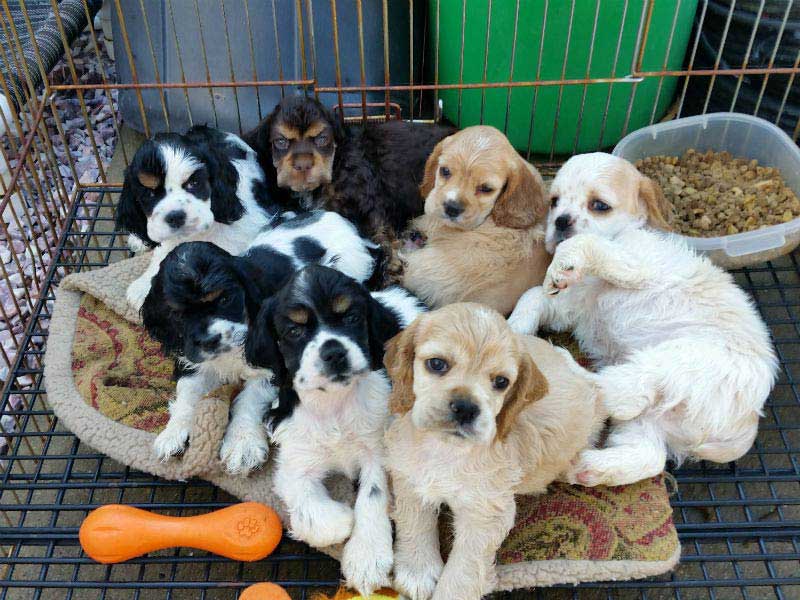 You can always recognize a Cocker Spaniel when you see one. With those long, floppy ears and warm, gentle eyes, they're easy for anyone to love. Here are 10 things you may not have known about the Cocker Spaniel:

1. They May Have Come to America on the Mayflower

Records indicate that two dogs were passengers on the Mayflower, which landed in New England in 1620. One of the dogs was a Mastiff, and the other was a spaniel. At this point, the different types of spaniels— including the Cocker Spaniel, English Springer Spaniel, Field Spaniel, and the English Cocker Spaniel — had not yet been distinguished from each other.

2. They Are the Smallest Sporting Breed

3. Their Name Comes From the Woodcock

These small spaniels were originally bred to hunt birds. They were especially skilled at hunting a type of bird called the woodcock. This is where the Cocker Spaniel's name comes from.

4. A Cocker Spaniel Was the First Cancer-Detecting Dog

Scientists now know that dogs are capable of identifying cancerous samples by scent, although they are still unsure exactly what the dogs are smelling. This idea was first confirmed by a study done with six dogs in England in 2004. In that study, a Cocker Spaniel named Tangle had the best success rate at detecting cancer, with 56 percent accuracy. Researchers continued to work with Tangle, and his success rate improved to 80 percent.

President Nixon's Checkers might be the most famous First Dog, because Nixon mentioned him in an hour-long newscast in which he defended himself against accusations of corruption. It came to be known as “the Checkers speech.”

6. Many Celebrities Have Cocker Spaniels

Oprah Winfrey owned two Cockers, Solomon and Sadie. British Royals Will and Kate have a Cocker named Lupo, and George Clooney has one named Einstein that he adopted from a rescue center.

7. The English and American Varieties Are Different

8. The Dog on the Coppertone Bottle Is a Cocker Spaniel

In the famous logo with the Coppertone baby getting her bathing suit bottoms pulled down, the dog responsible is actually a Cocker Spaniel.

9. Lady From “Lady and the Tramp” Is a Cocker Spaniel

Her long ears should have been a clue, but in case you didn't realize it, Lady is a Cocker Spaniel. The Cocker's long, silky coat makes her a natural choice for a character that is so prim, pampered, and elegant.

Paul Sperry got the inspiration for his line of shoes from his Cocker Spaniel, Prince. Sperry watched Prince running on ice without slipping and examined his paws to see what gave him such good traction. Sperry saw that Prince had wave-like grooves on his paws, and he used this design to make the first-ever boat shoes, Sperrys. Since their invention in 1935, they've become a huge fashion trend.