10 Things Only a Leonberger Owner Would Know 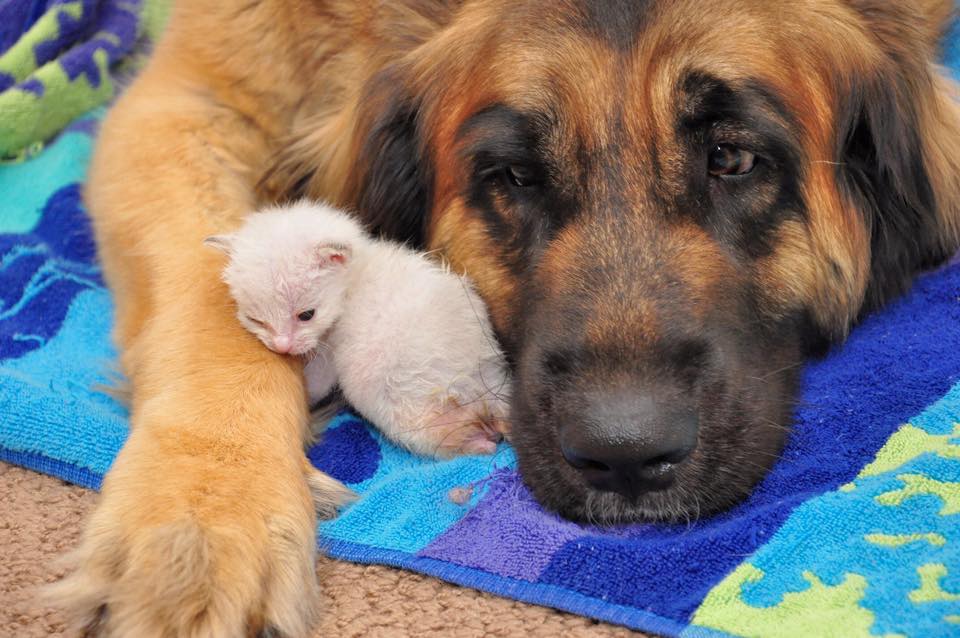 This larger-than-life breed was developed in the mid-1800s by Heinrich Essig, an exotic-animal dealer and alderman from the German town of Leonberg, who, legend has it, was trying to create a dog to resemble the lion on the town’s crest. Saint Bernard, Newfoundland, Great Pyrenees, are among the breeds went into this intelligent, all-around working dog, also quite popular as a companion to the rich and royal. Leonbergers came to the United States in the late 1970s, and entered the AKC Working Group in 2010.

Life with one of these dogs can alter your entire view of the world, consider, for example:

1- Leonbergers give you a true understanding of the word, “majesty.” The breed is the Mount Everest of the dog world, evoking awe and wonder just by standing still.

This regal bearing, this dignity, emerges very early, and is evident in even the smallest Leonberger puppy.

2- “Do they shed?” You will hear this question over and over. (Yes. They do. Great, enormous, billowing mounds of hair.) Their epic coat blows have busted vacuums and spawned a Facebook trend—“My Fluff Pile’s Bigger Than Yours”—in which Leo people vie for the largest hairball from a single brushing.

Some take pride in the fact that there’s often enough to assemble a whole extra dog.

3. Leonbergers give you an appreciation for the remarkable diversity of the canine family…

4. But you also get a warped sense of what “large dog” really means.

5. You know the meaning of the term “Suckyberger”…

6. When shopping for a new vehicle, it's important to bring the dog along to make sure you get something befitting the Leonberger size and grandeur.

7. A Leonberger person is never alone. Step out into an empty street in the wee hours with your dog and, boom, in seconds you'll surrounded by huge crowds, all grinning and asking, “Does it come with pickles/ketchup/on a bun?” One Leo owner laments, “It’s like being a member of Justin Bieber’s entourage!”

8. Leonbergers prove that lap dogs come in all sizes. (This is really kind of nice, despite the unpleasant sensation of losing circulation in the lower extremities.)

9. Leonbergers teach you how to live with a dog who can do almost anything. They are large enough to pull a cart, light enough on their feet for agility, modeling runway fashions, even dancing, and they have webbed feet that allow them to excel in water sports and rescue. They learn quickly, but don’t expect them to just follow commands. Leonbergers have an unusual sense of humor and you’ll find that the joke is often on you!

10. Everything about a Leonberger is big. …Big feet,

But, most of all, big hearts, which they give freely to those they love, human, canine, or otherwise.