Meet the Pharaoh Hound — the Dog That Hunts With Ferrets 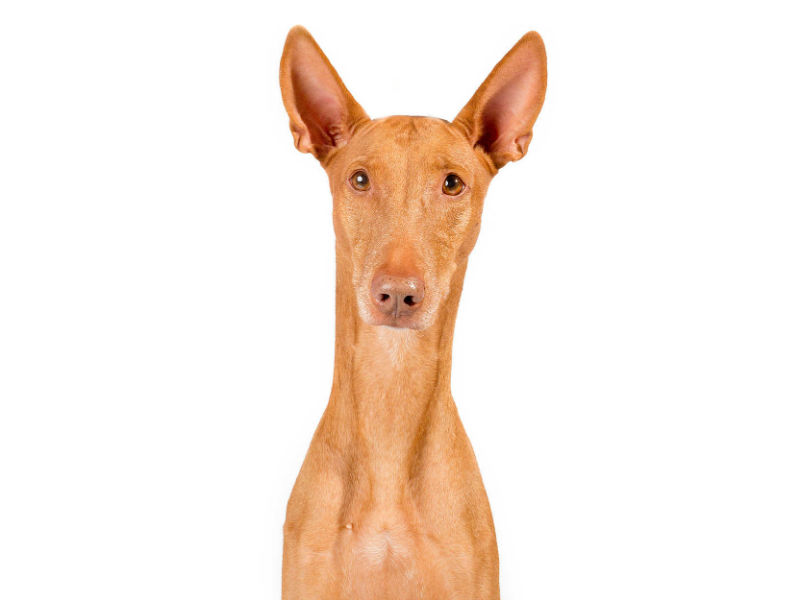 Pharaoh Hounds are smart, loving, and friendly dogs, with playful and active personalities. They love to give chase to anything that moves, and hunting is a favorite pastime. These people-oriented members of the Hound Group need a good deal of exercise, both mentally and physically, but are usually quite laid-back in the house, loving nothing more than a good nap on the sofa.

On their home island of Malta, the Pharaoh Hound is known as “Kelb tal-Fenek,” which means dog of the rabbit. These dogs still play an important role in the activities of Maltese hunters and farmers, who respect and admire their breed. In fact, the Pharaoh Hound is the national dog of Malta. To commemorate the breed, the Maltese government minted a silver coin in 1977 featuring a Pharaoh Hound.

It wasn’t until the early 1960s that the Pharaoh Hound found itself in Europe, when Pauline Black introduced the breed to the United Kingdom. Her husband was the general in charge of the British troops stationed on the island of Malta, and Mrs. Black became enchanted with this elegant, graceful, and powerful breed. The breed's name didn’t change from Kelb tal-Fenek to Pharaoh Hound until after they arrived in England. In 1967, the first Pharaoh Hound was imported to the United States.

Pharaoh Hounds are used in a unique style of hunting on Malta. Their quarry is rabbit, and the dogs are worked in teams to chase and corner the prey. They cover very rocky terrain, including farmers’ fields that are divided by walls made of stone. When the dogs locate a rabbit, it takes off, looking for cover in a den in the ground or a hole in a wall.

Once the rabbit is caught in his hideaway, all possible exits are covered with nets to ensure he can’t escape. Then all but one dog are put aside, and the hunter brings out a ferret. The ferret, wearing a tiny bell around his neck, is placed in the hole the rabbit previously entered. His job is to scare the rabbit back out of his hiding place. Because of the ferret’s bell, the one dog left in the game can follow the movement of the ferret through any underground tunnels or within a wall. When the rabbit finally bolts for freedom, it finds itself captured by the hunter’s nets.

Rabbit hunting usually takes place at night, and the dogs will give chase for hours. Therefore, these are dogs with great stamina and strength. Although they are considered sighthounds, they hunt with both their keen eyesight and well-developed sense of smell. They also need their acute hearing to follow the bell of the ferret. On Malta’s sister island of Gozo, these intelligent dogs are sometimes also used to herd goats and sheep and to retrieve birds.

A unique trait of the Pharaoh Hound is his ability to blush. When they’re excited or happy, their flesh-colored nose and the inside of their ears turn a rosy pink color. This charming phenomenon is possible because Pharaoh Hounds have no black pigment in their skin. In addition to the blushing, some Pharaoh Hounds also smile. When their positive emotions are roused, it’s not unusual to see them wag their entire body, along with their tail, and show every tooth in their mouth.