5 Things You Didn’t Know About the Entlebucher Mountain Dog 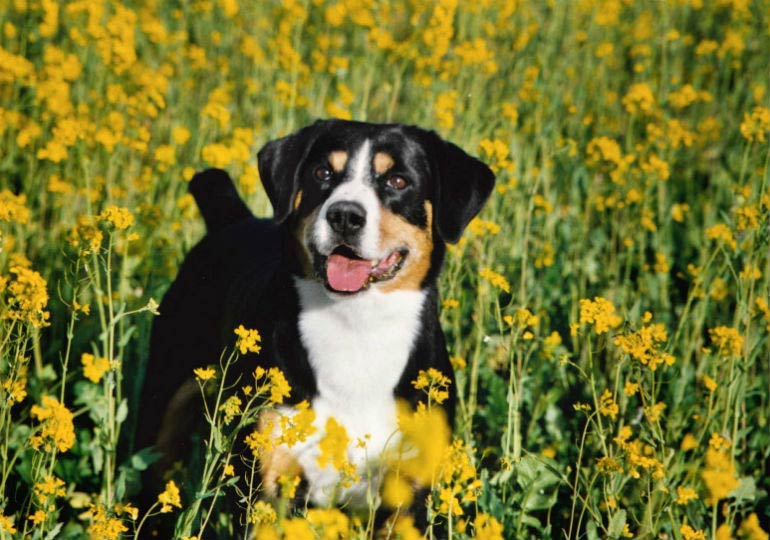 1. They Originated in Switzerland

Entlebuch is a is a canton or district in Lucerne, Switzerland, dominated by the main valley of the Little Emme River, where the vast majority of the land is either forested or used for agriculture. Throughout its history, the Entlebucher Mountain Dog has worked in this and other mountainous areas of Switzerland.

3. Their Ancestors Are Molossus Dogs

Not molasses, Molossus — a type of large, sturdy dog that the Romans brought to the region of Switzerland, and other places, over 2,000 years ago. This ancestral canine originated with the Molossis people of northwest Ancient Greece.

4. They Were Bred to Herd Cattle

Of the four Swiss Mountain breeds, the Entle is the smallest. They and the Appenzellers were tasked with herding the dairy cows, bringing them back from the pastures after they were finished grazing. Meanwhile, the two larger breeds, the Greater Swiss and the Bernese Mountain Dogs, were in charge of guarding the flocks and pulling carts with milk and cheese to market.

The Entles had almost disappeared by the early 1900s, because of crossings with German Shepherd Dogs and other imported breeds. A professor, named Albert Heim, played a huge role in saving the breed. Heim was a major patron of the Swiss mountain breeds, and he introduced four Entles in a show in 1913, as part of his effort to revive the breed. A breed standard was completed 14 years later.