6 Things You Didn’t Know About the Cirneco dell’Etna 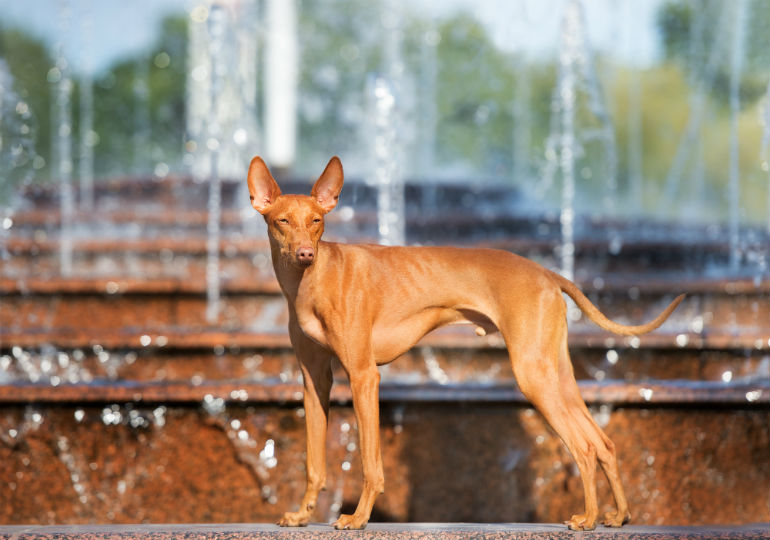 The Cirneco (pronounced cheer-NECK-o) dell'Etna is a bit mysterious; his name is Italian, but he looks like he came straight from Egypt. Why the strange combination? Keep reading to find out. Here are six interesting facts about the Cirneco dell'Etna:

1. This Is One of the World's Oldest Dog Breeds

Between the 5th and 2nd centuries B.C., over 150 types of coins depicting the Cirneco were minted in Sicily, where the breed has lived for thousands of years. Most experts think the Phoenicians were responsible for bringing these prick-eared dogs from Northern Africa to the Mediterranean, as the Phoenicians ran many trade routes between those regions.

2. They Evolved By Natural Selection

The Cirneco is one of the few dog breeds that acquired its modern characteristics through natural selection, not human intervention. These dogs adapted to hunting in a harsh environment that was hot and dry, with rugged terrain formed by volcanic lava.

3. They've Been Primarily Owned by the Poor

Historically, aristocrats have not owned Cirnechi. Poor farmers, who put the dogs to use hunting rabbit, have owned them. This is why the Cirneco developed with little human intervention. The peasant families who owned these dogs were unconcerned with pedigrees and breed standards. They were concerned only with keeping dogs that provided the most meat for their families.

4. They Hunt by Sight

Cirnechi do not hunt by scent, like most dogs do. Instead, they primarily use sight and speed. Their long, lean bodies make them incredibly fast, able to chase down rabbits and other small game.

5. They're Named After a Volcano

The Cirneco dell'Etna was named for Mount Etna, Europe's highest active volcano, which sits on the coast of Sicily. But this part of the name was actually not added until 1939. The name “Cirneco” could come from the Greek word, “kyrenaikos,” which means “dog from Cyrene,” which we know today as Libya. The name could also come from the Latin word, “cernere,” which means “to look for attentively.”

6. They May Have Guarded a Temple at the Volcano

There is a legend that 1,000 Cirnechi used to guard the temple of the god Adranos, located on the southwestern slope of Mount Etna. According to the legend, the Cirnechi had the divine ability to recognize thieves and non-believers among those who approached the temple.