9 Things You Didn’t Know About the Great Pyrenees 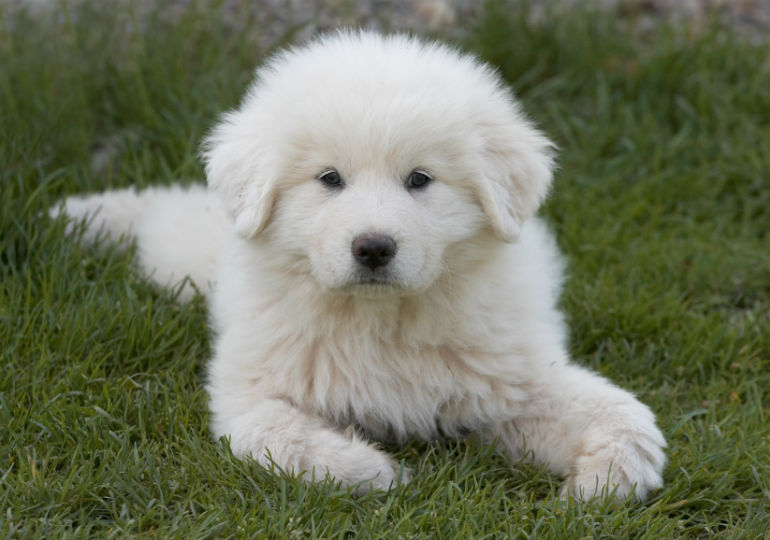 The Great Pyrenees is a big dog with an equally big heart. Pyrs have been serving as guardians for their flocks for thousands of years. Here are some interesting facts about the Great Pyrenees:

1. They Were Bred to Be Guard Dogs

2. The Breed Is So Old, They’ve Been Fossilized

The Great Pyrenees likely arrived in the Pyrenean Mountains with their shepherds around the year 3,000 B.C. Fossils of the Great Pyrenees have been found in the region and dated to between 1800 B.C. and 1000 B.C. Experts think the breed probably evolved from white mountain dogs that originated in Asia Minor as many as 11,000 years ago.

3. They Are Instinctively Nurturing

The Great Pyrenees is not just a guard dog. He is a guardian. The Great Pyrenees protects the members of the flock, and he also cares for and nurtures them. His instinct is to be kind to and patient with all vulnerable animals.

4. They Are Nocturnal by Nature

The Great Pyrenees was bred to guard the flocks at night while the shepherds were sleeping and predators roamed about. Because of this, he is naturally nocturnal. People who keep Pyrs as pets shouldn’t be surprised to find they often bark at night. This makes them a great deterrent for burglars.

5. They Became Royalty in France

For thousands of years, the Great Pyrenees was the dog of peasant livestock farmers. But he gained popularity with the French royals and nobility in the Renaissance years. According to French writings from 1407, the “Great Dogs of the Mountains” served as guardians for the Chateau fort de Lordes, a castle in southwestern France. In 1675, King Louis XIV’s royal court declared the Great Pyrenees the Royal Dog of France.

7. The Marquis de Lafayette Brought Them to the United States

The Marquis de Lafayette, a French military officer who fought in the American Revolutionary War and was close with George Washington, brought the first Great Pyrenees to the United States in 1824. Lafayette gave a pair of Pyrs to his friend, J.S. Skinner, who later wrote a book called “The Dog and the Sportsman.”

8. They Helped Revive the St. Bernard

In 1870, Pyrenean blood was used with that of other large breeds to help bring back the St. Bernard after that noble dog’s numbers had been so greatly depleted by avalanches and distemper at the hospice in Switzerland.

9. They Were Used to Haul Artillery in WWII

Standing guard isn’t the only job that this breed has had. During World War II, the Great Pyrenees was used to bring supplies of artillery over the Pyrenees Mountains in between Spain and France.

For more information about the Great Pyrenees, watch our video below!