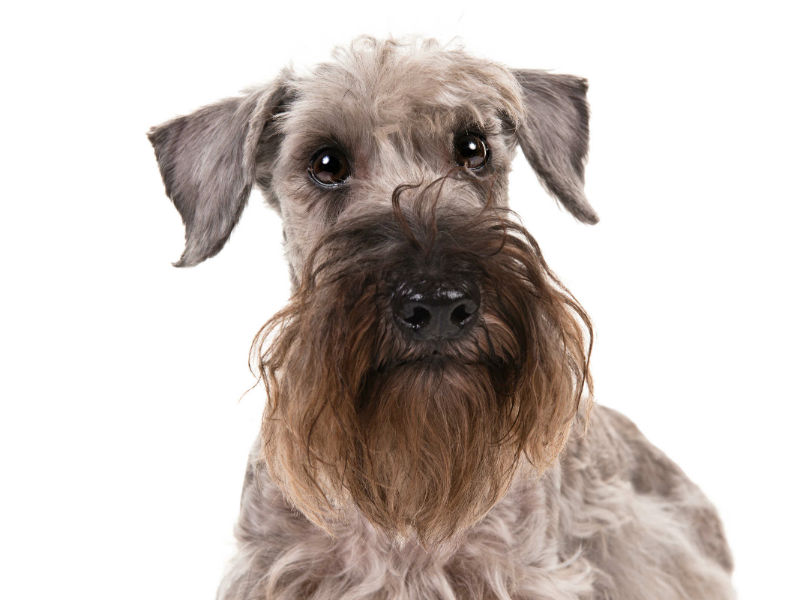 The short-legged but muscular Cesky Terrier is relatively rare in the United States, with less than 600 dogs to be found in the country. These fairly small terriers are sensitive and full of energy, but are not quite as excitable as some other terrier breeds.

Cesky is pronounced “chess-key” after the breed’s country of origin, the former Czechoslovakia. The breed is also known as the Czech Terrier and the Bohemian Terrier. It wasn’t until the 1980s that the Cesky entered the United States, and in 2011 was accepted into the Terrier Group of the American Kennel Club.

The history of this breed is recent and well documented. Frantisek Horak created the Cesky Terrier in the late 1940s. Horak was a hunter and wanted to develop a terrier he could work in packs to hunt hare, fox, and red deer in the woods of Czechoslovakia. He crossed Scottish Terriers with Sealyham Terriers, believing the two breeds to be exact opposites and hoping to produce a family-loving hunting dog.

Cesky Terrier coats come in shades of gray, which range from charcoal to platinum. However, the correct gray color doesn’t appear until the dog is 3 years of age or older. All Cesky puppies are born black or black and tan, and then the color will fade as the dog ages.

The soft, long, and silky coat requires regular grooming to maintain the breed’s unique appearance. Particularly for the show ring, the Cesky is groomed in a style similar to his ancestor, the Sealyham. The cut should emphasize a slim impression and show off the Cesky’s strong musculature, leaving long hair on the stomach and legs like a fringe around the bottom of the dog, and clipping the hair short over the rest of the body. The hair around the face is also left long to form the eyebrows, mustache, and beard.

Rather than being hand-stripped, like many terriers, the coat is cut with clippers or scissors. Dogs kept as pets will need to be groomed about every 6-10 weeks (depending on the climate conditions where you reside and your dog's coat), whereas show dogs will need more frequent attention. The longer portions of the coat will also need to be brushed and combed out at least once a week to prevent tangles.

This is a relatively small dog, with an ideal height at the top of the shoulder of 10-13 inches. Their weight should fall between 16-22 pounds, slightly less for females. This small size helps them work underground in burrows when tracking game. Despite his small stature, the Cesky has very strong jaws and is known to destroy toys, so never leave him unattended when he’s playing with them.

These dogs are keen and alert on the hunt and always ready to chase whatever catches their eye. It’s important you make time to provide regular exercise. The intelligent Cesky is a feisty competitor in many dog sports, such as agility. To really tap into this breed’s genetic heritage, consider participating in earthdog or tracking.

Cesky Terriers crave attention from their human family and are extremely loyal to people they see as friends. However, they tend to be reserved and wary around strangers. This makes them good watchdogs, but it’s important you counteract this cautious nature with proper socialization when your Cesky is a puppy. This will ensure he ends up happy and comfortable in the world at large.