8 Things You Didn’t Know About the Lhasa Apso 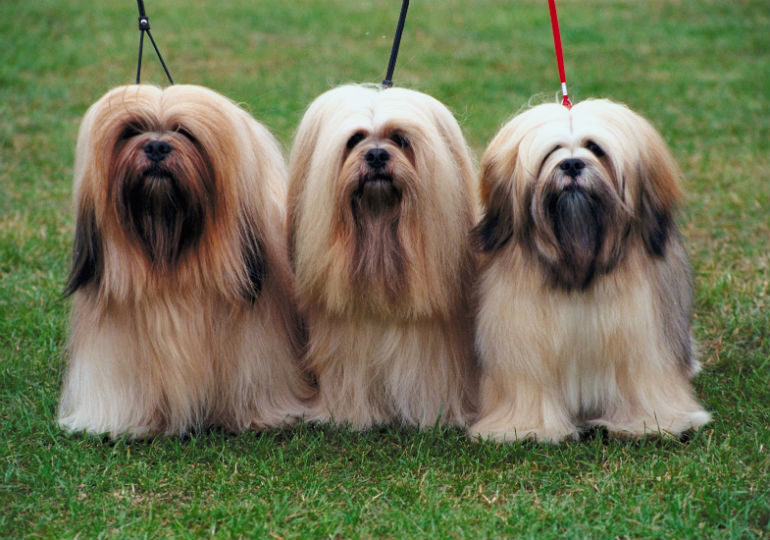 The Lhasa Apso is an adorable lap dog that loves to spend time with his family. Many are accustomed to being pampered — perhaps because they are considered sacred in their country of origin. Here are more interesting facts about the Lhasa Apso:

1. This Is an Ancient Breed

The Lhasa Apso has a long history in his country of origin, Tibet. They have existed at least since the year 800 A.D., and for centuries they lived in isolation with Tibetan Buddhists in the Himalayan Mountains.

2. Their Western Name Comes From the Tibetan Capital

Lhasa is actually the capital of Tibet. Why the word “apso” is included in the breed's name is less clear. It could just be a misspelling of the word “abso,” which is part of the breed's original Tibetan name, “Abso Seng Kye.” There is also a theory that “apso” is derived from the Tibetan word for goat, “rapso,” so-named because the dog's coat is woolly and goat-like.

In Tibet, the Lhasa Apso goes by his original name, Abso Seng Kye, which means Bark Lion Sentinel Dog. Lhasas guarded Tibetan dwellings from the inside — while Mastiffs guarded outside — and would bark to alert the humans of any potential intruders. The Lhasa Apso was also associated with the mythical Snow Lion, which Tibetans believe to be a guardian of their country.

4. They Are a Sacred Part of the Reincarnation Process

Tibetan Buddhists believe in reincarnation, and they believe that in the stages of reincarnation, a dog often comes right before a human. According to their religion, the souls of lamas, or priests, are frequently reborn as Lhasa Apsos just before they are reborn as humans.

5. They Were Highly Prized Gifts

Lhasa Apsos were often given as gifts in Tibet. If you received a Lhasa as a gift, you could consider it a sign of good fortune. The spiritual leader of Tibet, the Dalai Lama, even gave Lhasa Apsos to the emperor of China many centuries ago (this is the predominant theory of how the Shih Tzu breed came about). Though they were often gifted, Lhasa Apsos were hardly ever sold.

6. They Came to the U.S. as Gifts From the Dalai Lama

Although the average lifespan of a Lhasa Apso is 12-to-15 years old, many can live to their late teens, and some beyond 20. In fact, the oldest Lhasa Apso lived to be 29 years old.

8. Many Celebs Have Lhasa Apsos

Want to know more about the Lhasa Apso? Watch below!