The AKC Lifetime Achievement Awards were created to recognize those individuals who have made outstanding contributions to the sport of purebred dogs on a national level. The recipients were selected by votes cast by AKC Member Clubs for nominees in each of the following categories: Conformation, Companion Events and Performance. The American Kennel Club honors the winners of the AKC Lifetime Achievement Awards with an engraved silver revere bowl. A larger Tiffany & Co. bowl, engraved with the names of all recipients past and present, will remain on permanent display at the AKC Headquarters in New York City. A special presentation is also made in conjunction with a quarterly Delegate Meeting. 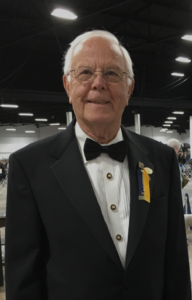 Peter Green of Bowmansville, Pennsylvania, was born in Neath, Wales at the cusp of World War II. At age 11, he started showing Welsh and Wire Fox Terriers at his uncle’s famous Felstead Kennel. Developing a passion for the sport, he came to the Malibu, California in 1958, attended Westminster in 1960, but chose to return home to the United Kingdom, where he achieved great success as a handler.

Peter immigrated for a second time to work privately at Pool Forge Kennels in 1963, where his career flourished. In 1967 he established Greenfield Kennels in Lancaster County, Pennsylvania.

Peter won four Best in Show titles at Westminster, Best in Show at Montgomery County on nine occasions and earned the top dog all breeds in the United States six times. Peter was one of only two handlers to receive Best in Show honors at both Crufts and Westminster.

After retiring from handling in 2006, he started his journey in judging. He was approved as a Terrier Group Judge by AKC and later in Toy, Herding and for several Non-Sporting breeds. He is an accredited FCI judge for all breeds.

Peter has judged dog shows at the highest level throughout the world – including Best in Show at Montgomery County Kennel Club, Westminster Kennel Club and Crufts.

At his Greenfield kennel, Peter has mentored some of the most influential people in the dog fancy. 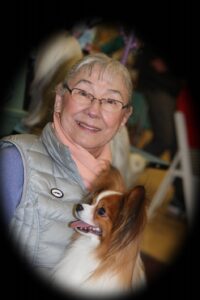 Betty M. Winthers, of Lynnwood, Washington, has been active in the sport for more than 60 years, encompassing a wide range of experience as breeder, exhibitor, trainer, judge, and as an AKC Executive Field Representative of Obedience, Tracking and Rally.

Betty is an AKC Breeder of Merit who has bred and exhibited Champion German Shepherd Dogs with Obedience titles including CD, CDX, UD, and the first UDT in Washington state; a Champion CDX Miniature Poodle, a CDX Papillon as well as many Champion Papillons including a Best in Show winner.

She became an AKC-approved judge in 1969 and is now approved to judge Obedience, Tracking, Rally, Conformation and Junior Showmanship. Betty has judged throughout the United States, Canada and overseas.

During her tenure as a Field Rep she conducted seminars and worked with prospective judges to expand AKC judges’ base. By educating judges to conform to AKC Rules and Regulations, she helped to create exceptional judges. 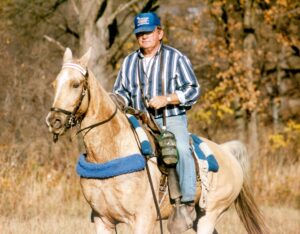 In 1968 Jim and Beverly bought their first Irish Setter, Basham’s Tipparrary Red CDX. Tippy was the family dog and personal hunting companion. He had earned eight bench points before a leg injury ended his show career. In 1969 Jim started training some his friends hunting dogs and was successful enough that in 1972, he decided to train professionally when they moved out of the city and bought a farm in Nova, Ohio.

Jim started with five kennel runs and two clients with young Irish Setters. Two years later he finished both dog’s field championships and his training business took off. Jim still worked full time at the steel plant at night and trained bird dogs during the day. English and Gordons came next, and before long, all pointing breeds – full time with a new boarding and training kennel.

To his credit Jim never ran any dogs of his own. He felt competing with his clients was against his principals as the client’s dogs had to come first. He also donated his grounds for hunt tests free of charge and gave several free training seminars for various clubs. In 2007 he retired as a professional trainer.

During his career, Jim finished well over 75 field championship titles, among them, 25 Gordon Setter duals and 45 Gordon field champions, including an American Field National Gordon Setter Champion, several AKC Gordon Setter National Field Champions. He also won Tri-Setter and Irish Setter Quail Classics. He put Master Hunter Titles on many of the Field and Dual Champions that he trained.

Jim delighted in training owners to handle their own dogs and always had time to help someone in need. He is remembered in the field trial community as a gentleman, a great sportsman and competitor.