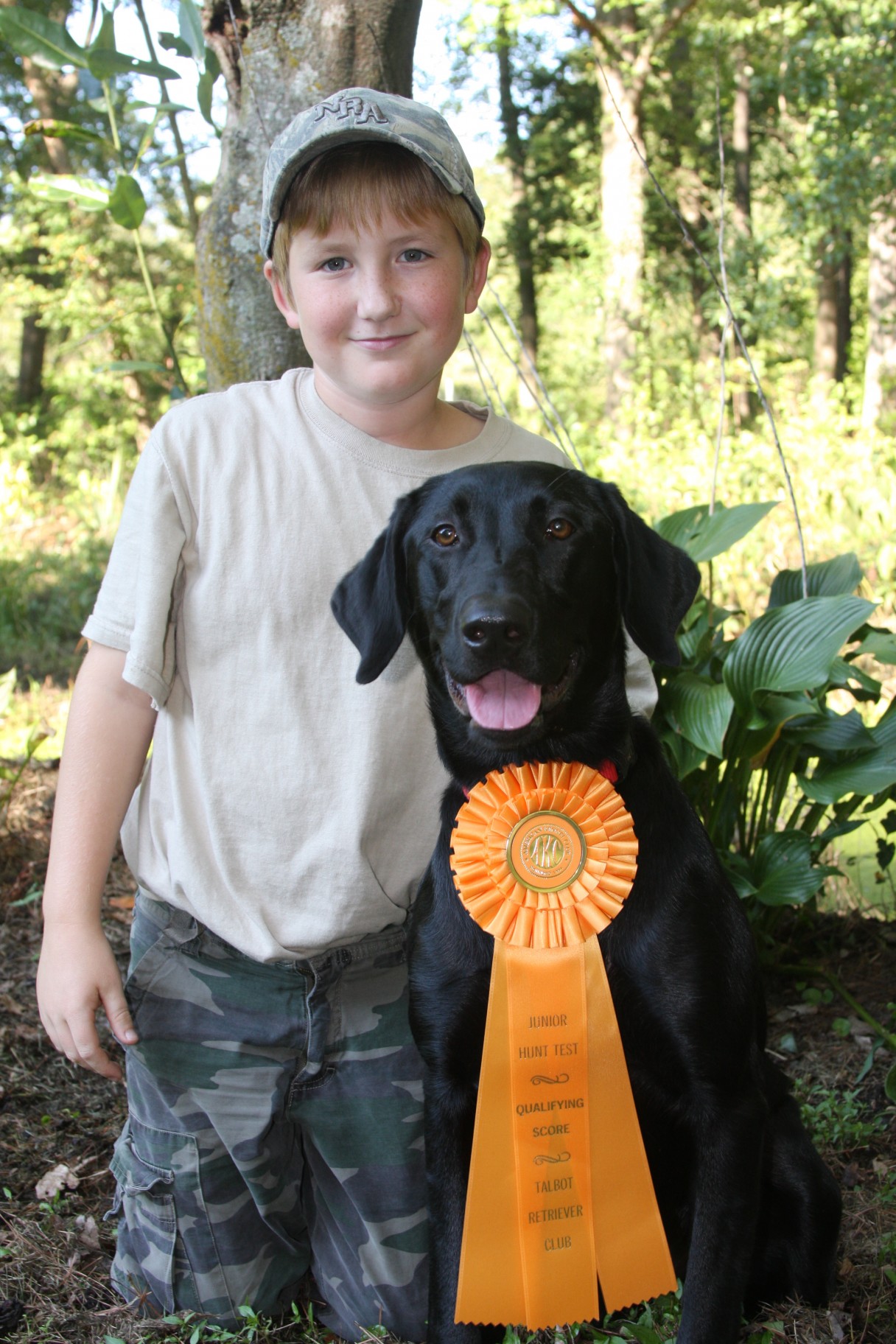 Emilio has been a part of Delta’s training since the day he helped pick her from the litter in September 2013.  Emilio and his two younger brothers, Josh and AJ, quickly learned to become “bird boys” for their father Scott during their daily training routine.  A “bird boy” is simply a person that throws birds or bumpers at a distance from the handler for the dog to retrieve.  This past summer Emilio and Scott attended a retriever training event where they participated in simulated hunt test scenarios. During the session, Scott was fortunate to receive the advice of an older gentleman who was delighted that the Emilio was interested in dog training. He then pulled Scott aside and told him “if you want that young man to stick with the sport, don’t just have him throw birds every day.”  So from then on, not only was Scott training himself, and a puppy, but also a 10 year old to handle.

Emilio looks forward to competing in the AKC Senior Hunt tests and perhaps a few AKC Field trial Derby’s this coming Spring. Scott says, “This has been a very rewarding journey for Emilio and I.  We have met so many friendly people at each of the events and the compliments and encouragement he has received has made us both very proud.”  Scott looks forward to his younger sons turn to handle as each are very excited to get involved.

In addition to dog training, Emilio is active in Lacrosse, Soccer, Swim Team, and the Cub Scouts.