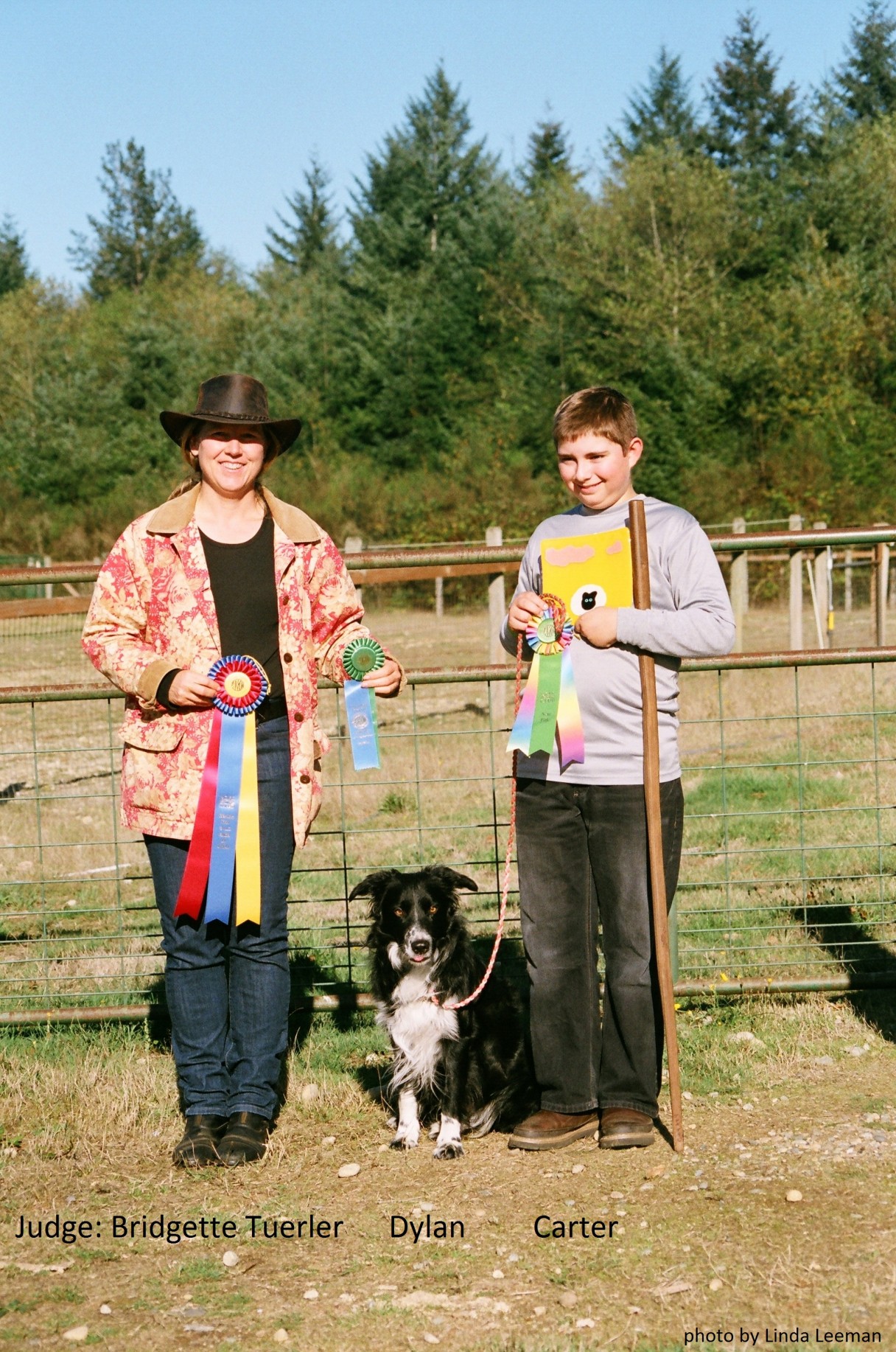 One year ago, a friend of our family was diagnosed with a terminal illness. He wasn’t able to take care of his six year old Border Collie, so my mom and I took Dylan into our home. We already had an older dog but Dylan liked to retrieve balls and spend time with me, like he had always been my own pet.

My mom has been helping me to find something that I would enjoy doing,  she has a horse so I tried horseback riding.  It’s okay, and I tried a few other things but found herding with Dylan is what I like to do.

We learned of a herding instruction place called Ewe-topia in Roy, Washington.  We took Dylan there and the owners said we were a good team.  We started taking lessons every week and I found out there was a lot more to this than what I saw on TV! I was shown how to use certain commands like “Away” and “Go-bye” and you have to watch so many things at once!  The dog, the stock and where you’re going. I sure found that out in a hurry.   The biggest reason why I like herding is that it’s very fun.

Last summer, I was in several herding trials. I did very well, placing in my classes. The first AKC trial that I was in on Sept. 27th. 2014, in Purdy, WA, I won a High-in-Trial. This trial had lots of experienced handlers & I was the only Junior Handler.

When I was told that I should apply for an AKC PAL and that I needed a full name, I picked “Team Dylan”. It’s because, in herding, you and the dog are a team trying to put the stock where you want them to go. I’ve learned from doing trials, even if you don’t do well that you need to be happy for others that are.  I’m really lucky to have such a good dog & it’s great to be on Team Dylan.