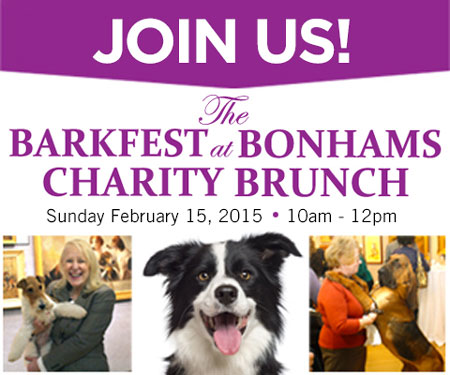 AKC Gazette, “Times Past”— Here’s an excerpt from our coverage of the 2011 Bonhams New York annual dog-art auction.

It’s rare to see identifiable show dogs represented in the annual dog-art sale at Bonhams, so the painting Giralda’s Lola, with puppies instantly caught my eye.

Lola is one of 200 dog portraits the British watercolorist Reuben Ward Binks (1880–1940) completed for Geraldine Rockefeller Dodge’s Giralda Farms kennel. I wondered if this picture, as the old bromide goes, is really worth a thousand words. Yes, as it turns out, it is—but we have space here for only 337 of those words.

A blissful hour of research at the AKC Library revealed that Lola was a cornerstone bitch in the Giralda line of German Shepherd Dogs. She was a top campaigner in the ring and, as the picture suggests, no slouch in the whelping box, either.

At Westminster 1930, Lola prevailed in a GSD entry of 140 on her way to winning the Working Group (there was no Herding Group until 1983). She was owner-handled by Dodge, who, despite her stern visage, was not above playing to the crowd. From Arthur Frederick Jones, in the March 1930 Gazette:

“The applause for that intelligent shepherd was tremendous. In large measure, this was due to the human-interest touch that Lola had injected into the austere Westminster show when she accepted her blue ribbon from the judge of the working dog group and had carried it, in her mouth, to Mrs. Dodge. Things like that catch the fancy of the crowd.

“Possibly there have been greater shepherds in the Garden. But the crowd liked the manner in which Lola deported herself, and her popularity increased tremendously when people, looking in their catalogues, discovered that Lola was an American-bred.”

But it was not Giralda’s year in the BIS ring, where Wire Fox Terrier Ch. Pendley of Blarney won the first of two straight Westminster Bests. Lola was one of four Giralda GSDs to win the group between 1928 and 1939—but it was with a Pointer, Ch. Nancolleth of Markable, in 1932, that Dodge took her first Garden BIS. — Bud Boccone

This year’s Bonhams New York “Dogs in Show and Field” art auction will be held February 18. The annual Barkfest at Bonhams brunch and sale preview, to benefit the AKC Humane Fund, is Sunday, February 15.