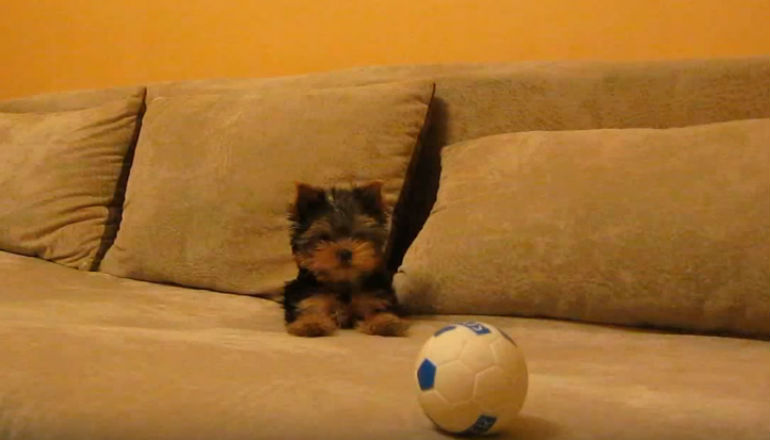 You've probably never seen a Yorkshire Terrier that wasn't cute as a button, but this one seems to have gotten an extra dose of adorable. Seems he has just received a new toy, and he is not quite sure exactly what to make of it yet.

The initial look on his face seems like he's wondering if it's friend or foe. Look at the way he tilts his head off to the side with that very cautiously curious eye.

And then, the encounter begins between Yorkie and his ball. It starts with a little game of back up and advance, with a few barks tossed in for good measure—he is a dog after all! He wants to run right towards it and engage in some fun, but he can't quite let himself go for it yet. So he tries a little action with his paws, and then his mouth—maybe he had second thoughts that it was food, rather than a toy?

Then, just as he's warming up to possibility that this thing might just be a way to have fun, he meets “the squeek.” See his reaction: