Why The Miniature American Shepherd Would Win The Dog Olympics 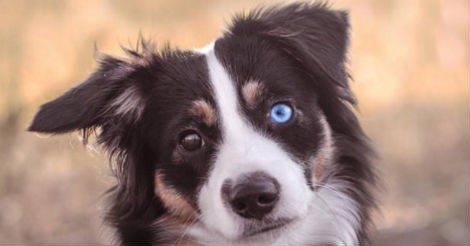 With all of his talents and his heart set on the job it would be a shame not to put the Miniature American Shepherd to work, whether in dog sports or herding or just a really good game of catch. The breed was given full recognition by AKC earlier this year, but he is already known and beloved across the country for his versatility, intelligence, athleticism, and eagerness to please the humans he loves. And with these traits, he would probably sweep the medals in the dog Olympics, here are a few more reasons why:

1. He looks the part. Many Miniature American Shepherds have eyes of two different colors, which make their already attentive expression even more striking.

2. He’s the perfect teammate and he’s even able to work along side other species. The breed is a favorite of the equestrian set and his popularity spread across horse shows around the country.

3. Their innate herding ability is legendary. Even as pups, they know how to get the job done.

4. No livestock? No problem! They can even herd snowballs.

5. They are stars on the agility course.

6. They are just as athletic in the water as they are on land.

7. And they can earn a perfect 10 when diving into the pool.

9. …especially if it’s with their beloved family.