Two Westies Play A Hilarious Game Of Hide And Seek 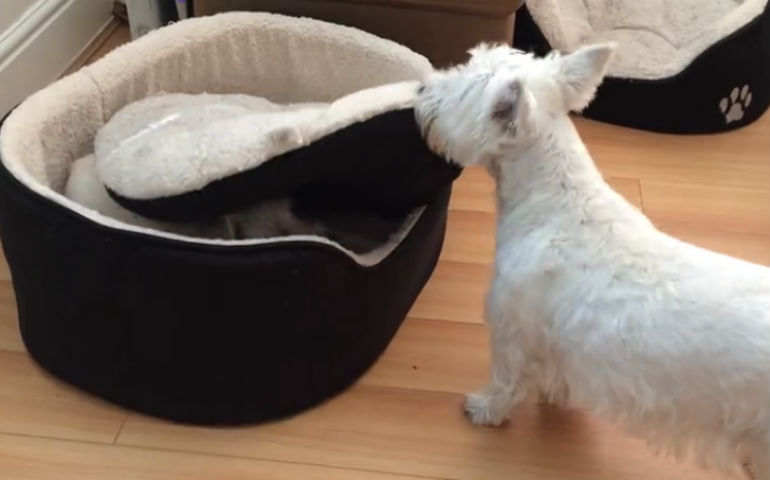 Imagine what fun it must be for a dog when there's another playful pup just like them around the house. Madison and Riley are two West Highland White Terriers that seem to have this play date thing down quite well. Riley says —in dog-speak— “I will hide first, you catch me, then we'll switch.” And so, the peek-a-boo begins! Even though Madison clearly figured it out quite early in the game, Riley played the hiding part very well.

Soon enough, Madison made it quite clear to Riley that he was found. Despite Madison getting rather vocal after the game was played for a bit, Riley managed to keep things going for good long stretch before Madison grew impatient and a bit more assertive, seemingly in an attempt to let Riley know it was enough!

Time's up, Riley, now it's Madison's turn to hide!

Source: Trio of Terriers attempt to squeeze into tight spot by cowie69 on Rumble