Adorable Veterinarian Sings to Dog to Calm Her Before Surgery 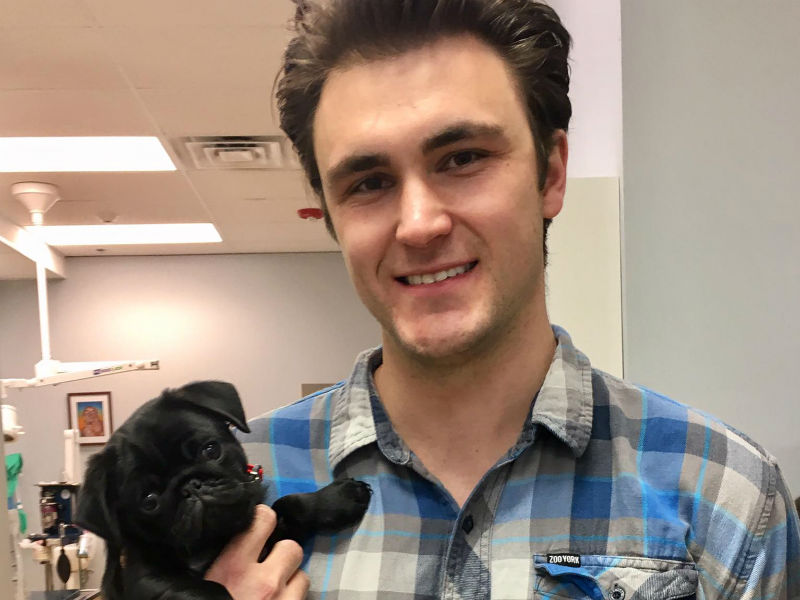 Surgery can be a scary experience, whether you're a human or a dog. Luckily for Ruby, who was preparing for her spay surgery, she had Dr. Ross Henderson to calm her before the process began.

In order to calm a nervous Ruby, Henderson took out his guitar, sat with the dog, and sang her a soft song. He sings “Can't Help Falling In Love,” while Ruby lays with him, her head resting on his leg. Break out the tissues, because we've never seen anything so sweet in our lives.

What a heartwarming moment! Dr. Henderson certainly goes above and beyond for his patients.

Henderson, who works with his father and brother, both also veterinarians at Fox Hollow Animal Hospital in Lakewood, Colo., is actually known for his skill of serenading the animals at the hospital. He frequently performs for the office cat and his own dog, Charlie.

According to TODAY, “Henderson thinks the music, and the individual attention, helps the animals feel calmer and safer while they are at the hospital — which can be an unfamiliar and sometimes scary place to be.”

Which certainly makes sense to us. And it looks like it worked like a charm for Miss Ruby.

We're so glad to see such dog love, especially in a place that is often nerve-wracking for so many pets. Way to go, Dr. Henderson; keep on singing!

Want to learn more about how dogs feel about music? Check out our article, here.