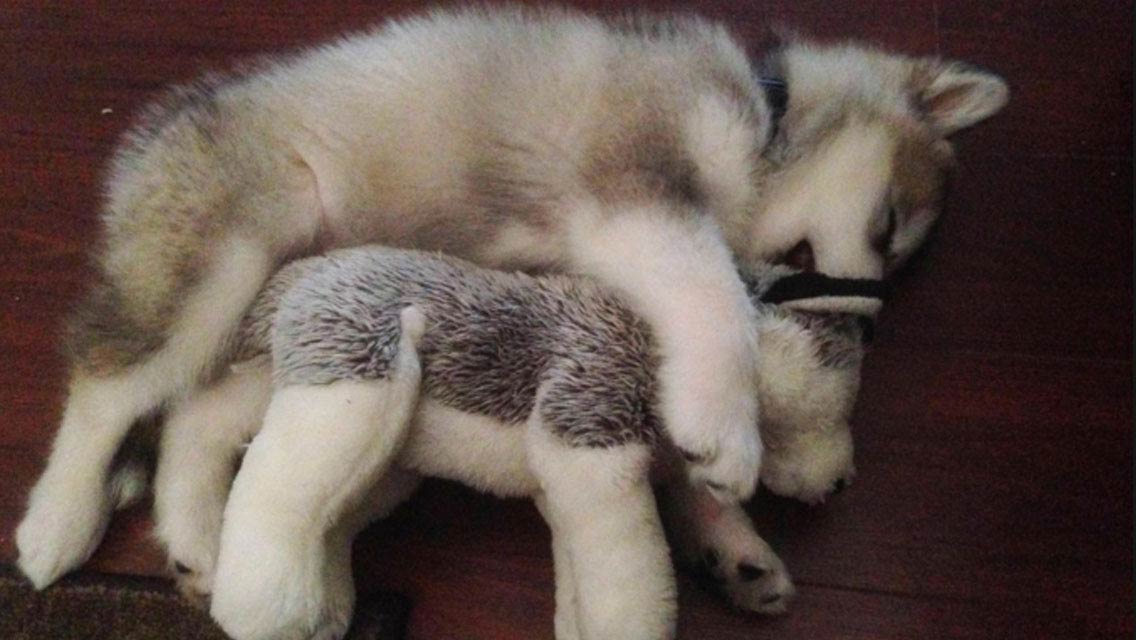 Luca the Alaskan Malamute was given a stuffed animal version of herself when she was just 8-weeks-old.

The toy had previously belonged to Luca's owner, Karissa, before she had a pet of her own.

When Luca joined the family, the stuffed animal was lovingly passed down.

Luca is now a year and a half and, in a wake of destroyed a frayed toys, has kept her favorite stuffed toy by her side.

And they are as cute as ever.

See Luca and her best bud then and now.