The Westie Is More Than Just Adorable: Meet This Rugged Terrier! 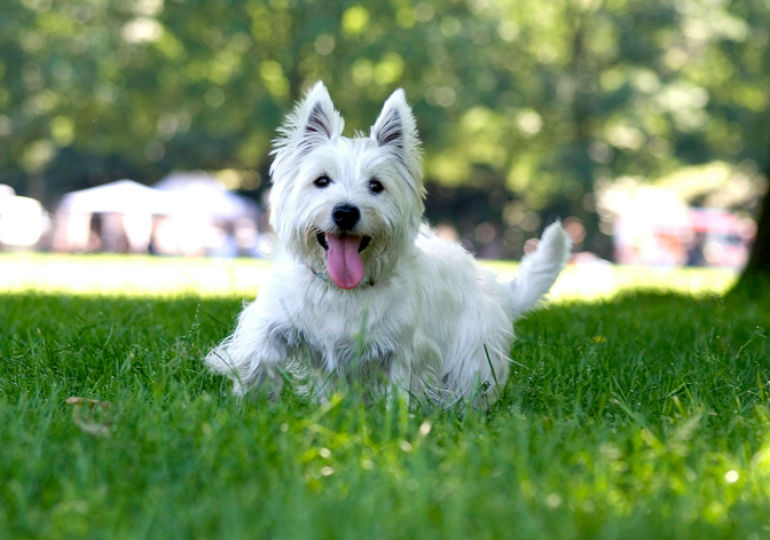 People fall in love with the West Highland White Terrier (Westie) for his irresistible cuteness. But they stay in love because of his entertaining personality, playfulness, and charm. And, as any Westie owner knows, he's all terrier, through and through.

1. Despite his diminutive size and resemblance to a plush toy, this is no lapdog. The West Highland White Terrier was bred to hunt small game in the rugged Scottish Highlands. That beautiful coat is actually hard to the touch, he's sturdy and well-muscled, and has strong jaws and teeth.

All of the Scottish terrier breeds, including the Skye Terrier, Dandie Dinmont, Cairn Terrier, and West Highland White Terrier, descended from the same roots. They were of varying colors, from cream to red or black. Legend has it that the Westie's white coat was developed after Colonel Edward Malcolm of Argyllshire, Scotland, mistook his dog for a fox and shot him. As the story goes, he decided on the spot to breed only white dogs, which could be easily identified in the field.

2. Terrier that he is, he's also a champion digger.

“Who? Me? I don't know about any holes in the backyard. No, I swear, I don't know where my doggie bones are…By the way, can I have another bone, I lost mine.” #puppy #westie #boy #mischievious #AKCWESTIE

3. Westies don't need pampering. What they do need is lots of romping and playtime. Even in play, they have the breed's hallmark persistence, accompanied by another breed trait — barking.

4. Their ancestral home, the Scottish Highlands, is known for rugged terrain, harsh environment, and changeable weather. With their tough hide and double coat, West Highland White Terriers are suited to any conditions and weather.

5. Their short muscular legs and elastic body make them ideal for chasing small game into cover. But sometimes those short legs are a disadvantage.

8. Westie lovers know that the phrase “Possessed of no small amount of self-esteem” describes the breed perfectly. Bred to hunt on their own, they're intelligent and independent. And they know how adorable they are. Perhaps that's why they shine in the show ring.

9. At home, West Highland White Terriers are devoted to their family.