Siberian Husky is VERY Determined to Fetch Ball from Pool 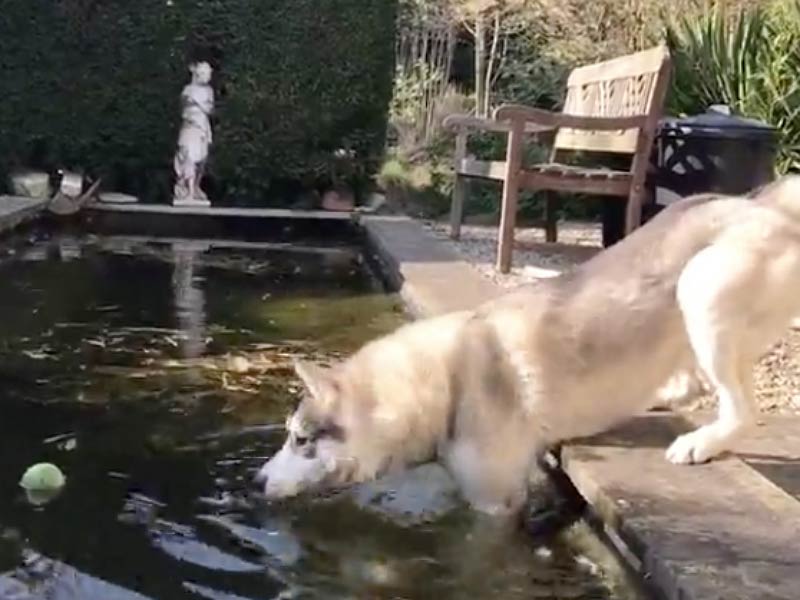 This Siberian Husky is trying really hard to fetch his ball from the pool. What makes the task even more difficult, however, is that this dog isn't too keen on getting wet.

Soooo instead of just jumping in and grabbing the ball, this Husky circles the pool, trying to figure out the best approach to retrieve it. He'll get his paws wet, but really doesn't want to take the plunge. Will he finally get his ball back? Watch the video to find out.

He did it! It took him a little time to figure it out, but eventually, he was able to grab that tennis ball without submersing himself in the water. That's a pretty clever pup, which is no surprise, since Huskies are known for their smarts and willingness to work.

These beautiful dogs are also known for their mischievous nature and affinity for howling. Like the pup in this next video, for example. This little guy is testing his pipes and howling away. If you listen closely, you can even hear someone else howl in response offscreen.

Man, listen to that pup go! He's really got a knack for howling. Why do dogs howl? Well, it's just one of the many ways they try to communicate with us and other dogs around them. Learn more about possible reasons behind howling, here.

And if you thought that pup was cute, wait until you see what we have next for you. We think we're safe in saying it might be one of the cutest videos you've ever seen. What is it? Well, let's just say: puppy playtime.