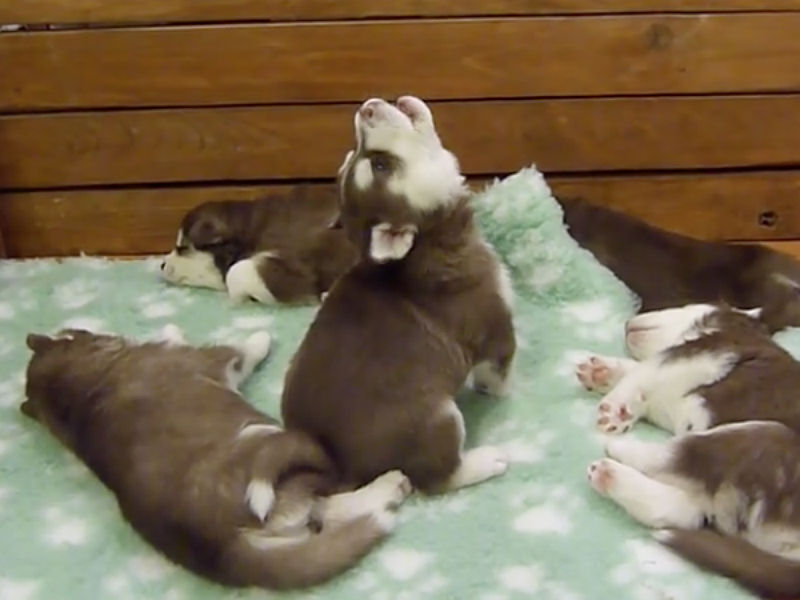 This little Siberian Husky puppy is learning to howl. It’s downright adorable…and also pretty funny. What’s so funny, you ask? Well as this guy is testing out his voice, his howl sounds a little less like a dog and more like a Wookie. Yes, a Wookie, like Chewbacca from Star Wars.

Listen to his adorable howl/Wookie call in the video below.

How cute is he? Although his brothers and sister’s don’t seem to think so…they’re all asleep and would probably prefer some peace and quiet.

Why dogs howl? Find out here.

While that little pup is off howling, this Husky is listening to someone else howl. His owner is playing a howling video on her phone and this pup isn’t quite sure what to make of it…

So cute! Both the Husky and his kitten friend were interested in the sound. And of course, he did the famous doggie-head-tilt. Find out why dogs cock their heads here.

One last dose of Siberian Husky cuteness for you…check out these adorable pups playing.