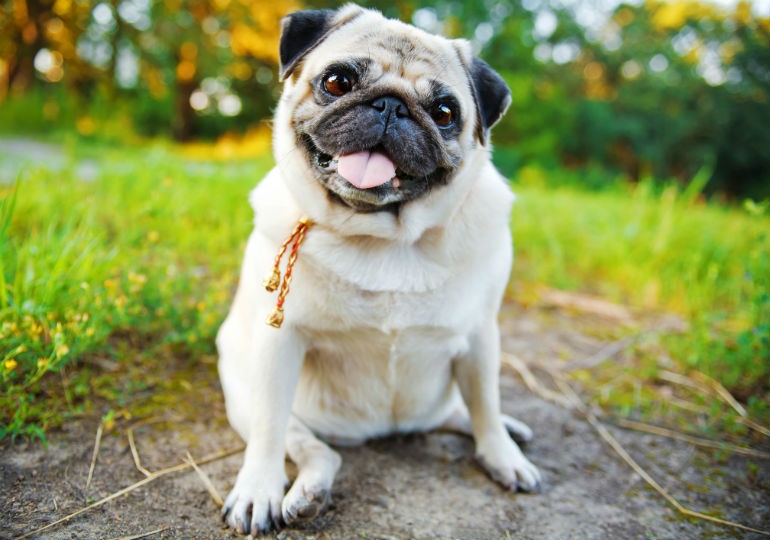 Man's best friend! Dogs have been a part of our lives for centuries and naturally, we've had a lot to say about them. here are some familiar (and not so familiar) things we humans have said about dogs.

“A dog is the only thing on earth that loves you more than he loves himself.” — Josh Billings, Humorist

“All his life he tried to be a good person. Many times, however, he failed.
For after all, he was only human. He wasn't a dog.” — Charles Schulz, Cartoonist

“Outside of a dog, a book is man's best friend. Inside of a dog it's too dark to read.” — Groucho Marx, Comedian

“Golf seems to be an arduous way to go for a walk. I prefer to take the dogs out.” — Princess Anne

“I was a dog in a past life. Really. I'll be walking down the street and dogs will do a sort of double take. Like, 'Hey, I know him.'” — William H. Macy, Actor

“There is no psychiatrist in the world like a puppy licking your face.” — Ben Williams, Author

Find out why dogs lick here.

“I wish my kid would act like my dog sometimes. My dog listens to me and does what I tell him to do.” — Cesar Millan, Dog Behaviorist

“If there are no dogs in heaven, then when I die I want to go where they went.” — Will Rogers, Actor

“Dogs feel very strongly that they should always go with you in the car, in case the need should arise for them to bark violently at nothing right in your ear.” — Dave Barry, Author

“If a dog will not come to you after having looked you in the face, you should go home and examine your conscience.” — Woodrow Wilson, Politician and former President of the United States

“No one appreciates the very special genius of your conversation as the dog does.” — Christopher Morley, Journalist

Find out why you talk “baby” to your dog here.

“A well-trained dog will make no attempt to share your lunch. He will just make you feel so guilty that you cannot enjoy it.” — Helen Thomson, Politician

“It is scarcely possible to doubt that the love of man has become instinctive in the dog.” — Charles Darwin, Naturalist

“The psychological and moral comfort of a presence at once humble and understanding—this is the greatest benefit that the dog has bestowed upon man.” — Percy Bysshe Shelley, Poet

“The best way to get a puppy is to beg for a baby brother—and they'll settle for a puppy every time.” — Winston Pendleton, Author

“Dogs are our link to paradise. They don't know evil or jealousy or discontent. To sit with a dog on a hillside on a glorious afternoon is to be back in Eden, where doing nothing was not boring—it was peace.” — Milan Kundera, Writer

“A dog teaches a boy fidelity, perseverance, and to turn around three times before lying down.” — Robert Benchley, Humorist

“To his dog, every man is Napoleon; hence the constant popularity of dogs.” — Aldous Huxley, Writer

Find out about the most popular breeds here.

“My dog has the intellectual capacity of a lime wedge, yet even he possesses an elaborate set of assumptions, based on his ability to control my behavior through a combination of slavish devotion and incessant howling.” — Martha Beck, Sociologist/Author

“I think dogs are the most amazing creatures; they give unconditional love. For me they are the role model for being alive.” — Gilda Radner, Comedian

“I love a dog. He does nothing for political reasons.” — Will Rogers, Actor

“Dogs lead a nice life. You never see a dog with a wristwatch.” — George Carlin, Comedian

“Children and dogs are as necessary to the welfare of the country as Wall Street and the railroads.” — Harry S. Truman, Politician and former President of the United States

“The average dog is a nicer person than the average person.” — Andy Rooney, TV Writer

“Dogs' lives are too short. Their only fault, really.” — Agnes Sligh Turnbull, Author

“Once when I had remarked on the affection quite often found between cat and dog, my friend replied, 'Yes. But I bet no dog would ever confess it to the other dogs.'” — C.S. Lewis, Author

“My little dog—a heartbeat at my feet.” — Edith Wharton, Novelist

“I remember as a little girl I could tell you the name of the dog next door, but I couldn't tell you the names of the kids. The dog was my best friend. I love animals. They give so much to you and demand so little.” — Olivia Newton-John, Actress

“We have a queen-size bed, and the dog sleeps in the middle. John and I are sort of these little quotation marks on either corner. ” — Rachael Ray, TV Personality

Find tips on sleeping with your dog in bed here.

“We long for an affection altogether ignorant of our faults. Heaven has accorded this to us in the uncritical canine attachment.” — George Eliot

“Dogs are the leaders of the planet. If you see two life forms, one of them’s making a poop, the other one’s carrying it for him, who would you assume is in charge?” — Jerry Seinfeld, Comedian

“The friendship of a dog is precious. It becomes even more so when one is so far removed from home….I have a Scottie. In him I find consolation and diversion…he is the one person to whom I can talk without the conversation coming back to war.” — Dwight D. Eisenhower, Politician and former President of the United States

“Labradors [are] lousy watchdogs. They usually bark when there is a stranger about, but it is an expression of unmitigated joy at the chance to meet somebody new, not a warning.” — Norman Strung, Author

“The most affectionate creature in the world is a wet dog.” — Ambrose Bierce, Editorialist

“I wish all men were like dogs.” — Halle Berry, Actress

“I don't really understand that process called reincarnation but if there is such a thing I'd like to come back as my daughter's dog.” — Leonard Cohen, Musician

“Dogs are not our whole life, but they make our lives whole.” — Roger A. Caras, host of the Westminster Kennel Dog Show and wildlife photographer and writer

“The greatest pleasure of a dog is that you may make a fool of yourself with him, and not only will he not scold you, but he will make a fool of himself, too.” — Samuel Butler, Author

“A door is what a dog is perpetually on the wrong side of.” — Ogden Nash, Poet

“Only my dogs will not betray me.” — Maria Callas, Opera Singer

“The dog was created specially for children. He is the god of frolic.” — Henry Ward, Naturalist

Meet the breeds that are best for kids here.

“Petting, scratching, and cuddling a dog could be as soothing to the mind and heart as deep meditation and almost as good for the soul as prayer.” — Dean Koontz, Author

“You can say any fool thing to a dog and the dog will just give you this look that says, 'My GOSH, you're RIGHT! I NEVER would've thought of that!” — Dave Barry, Author

“Money can buy you a fine dog, but only love can make him wag his tail.” — Kinky Friedman, Singer

“Acquiring a dog may be the only time a person gets to choose a relative.” — Mordecai Siegal, Dog Trainer and Author

“In times of joy, all of us wished we possessed a tail we could wag.” — W.H. Auden, Poet

“Don't accept your dog's admiration as conclusive evidence that your are wonderful.” — Ann Landers, Columnist

“Even if I take him out for three hours every day, and go and chat to him for another hour, that leaves twenty hours for him all alone with nothing to do. Oh, why can't dogs read?” — Nancy Mitford, Novelist

“When an eighty-five pound mammal licks your tears away, then tries to sit on your lap, it’s hard to feel sad.” — Kristan Higgins, Author

“The better I get to know men, the more I find myself loving dogs.” — Charles de Gaulle, French General and Statesman

“If I could be half the person my dog is, I’d be twice the human I am.” — Charles Yu, Author

Do you have a favorite dog quote that you don't see here? Let us know!