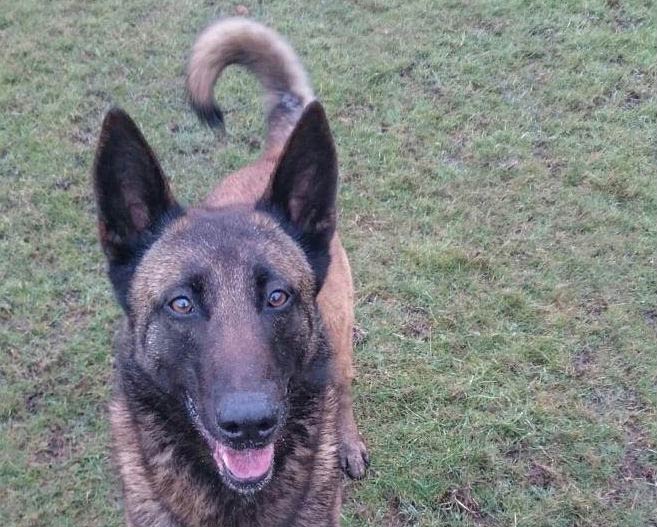 Meet Vinnie. He is a police dog in Lancashire, England and boy is he happy about the great work he's done.

On Friday, June 3, Vinnie tracked and located two suspects who had fled from police in the Accrington area, according to police.

The suspects failed to stop their van for officers, then they left the van and began to run across farmland. Vinnie chased down the first suspect and later found the second hiding in the woods. Vinnie's actions allowed police to detain both suspects.

Certainly Vinnie did paw-some work, but even more paw-some is the smile on his face post-chase. This canine knows he did good work, and he isn't shy about it.

Check out some other happy K-9s from the Lancashire unit below:

And a military dog who gears up for training here.

Interested in learning more about K-9 officers? Check out those honored as part of AKC's Canine Officer Program here.