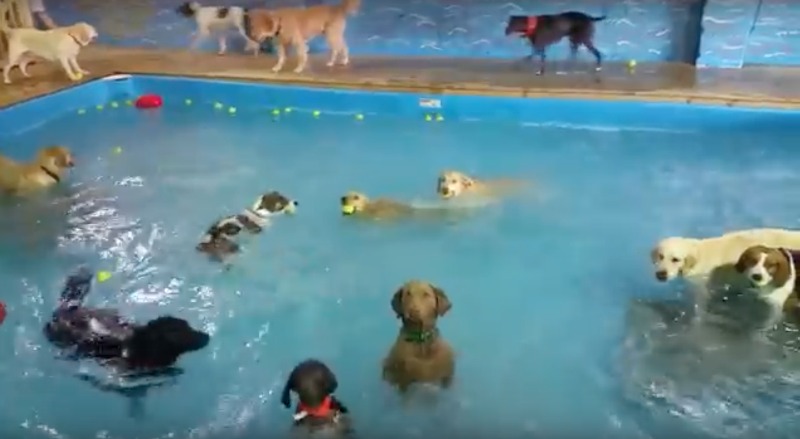 By now, you've probably heard all about the Beya the “Non-Swimming Dog” and her obvious lack of enthusiasm for what seemed to be an awesome pool party. While everyone else was playing fetch and cannonballing in the perfect doggie resort, this girl just wasn't feeling it.

In her first viral video, she she remains completely still while chaos ensues, standing tall and facing the camera with a gaze that no one can break. She's experiencing something we've probably all experienced–sometimes we're just not in the mood. But it turns out Beya might be a party girl after all! She was just waiting for a ball to be thrown.

In her second video, someone's joined the pack! Beya's ready to teach a friend her ways in this “non-swimming dog internship.” Check out their hilarious behavior at the pool party, below.