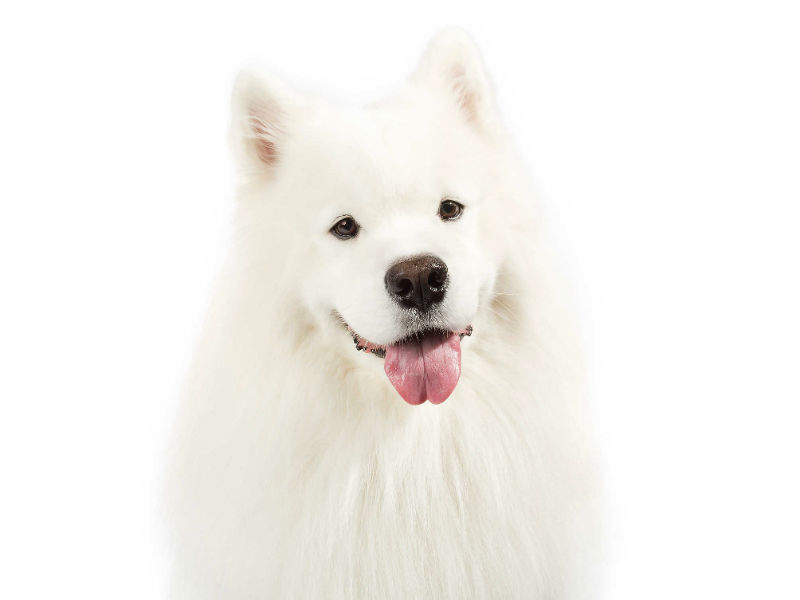 With an all-around working heritage from the far North, the Samoyed is now a smart and alert companion. They are hardy, all-purpose dogs, and they adapt well to a variety of situations and environments. Here are eight fascinating facts about the playful and inquisitive Samoyed.

1. The breed’s name is correctly pronounced as Sam-a-YED, with the emphasis being placed on the final syllable. The active and friendly Samoyed is also known by lovers of the breed as the Sammy.

2. This member of the Working Group was named after the nomadic Samoyede people of Northern Siberia who used the dogs for hunting and pulling sledges. The dogs were also used for herding and protecting reindeer. The Samoyede depended on their dogs for their survival, lived closely with them, and treated them as valued members of society.

3. Polar expeditions in the Arctic and Antarctic at the end of the 19th century and beginning of the 20th century required dogs to pull sledges loaded with supplies. So Samoyeds were brought from Siberia to serve the explorers. The dogs were exposed to extremely harsh conditions and not many survived. The few dogs that did return were the ancestors of most of the Samoyed strains in the United States and England today.

4. The Sammy has a gorgeous double coat. The undercoat is thick and wooly, and the outer coat is coarse, with long, straight guard hairs that are tipped with silver. When brushed out, the undercoat can actually be carded and spun into wool. This wool can be used to weave or knit strong and warm clothing. Per the breed standard, the allowable colors are pure white, cream, biscuit, or white and biscuit.

5. Even though he comes from the far North and possesses a dense double coat, the Samoyed can live happily in warmer climates, tolerating heat surprisingly well. Females usually shed twice a year, and males once. When the undercoat is shed in the summer, the outer coat may serve to protect the dog from the hot sun.

6. The Sammy is extremely bright, which can be a challenge to the unprepared owner. In their past, they worked independently of man, so expect a dog with a mind of his own. Your response to his intelligence will make the difference between a stubborn dog and one that obeys. Remember that this social breed wants nothing more than your attention and will please you to get it.

7. The even-tempered Samoyed is a talkative dog. Their howl evokes their wolf ancestry. Happy or displeased, they will let you know how they are feeling with their voice. To keep unwanted vocalizing under control, consider teaching your Sammy to be quiet when asked and to settle down on cue.

8. In his past, he was treated as part of the family and lived and slept with his humans. As a result, the Samoyed of today will expect to be part of your life and home. If you give him the love and respect he deserves, you will be rewarded with great love, respect, and loyalty, in return, and the pleasure of his joyful personality. This can be best seen in his sparkling eyes and upturned mouth, known as the “Samoyed smile.”

Know someone who already has a Samoyed in their life (or would like one), who might appreciate some breed-specific swag? Head on over to the AKC Shop and see all of our amazing Samoyed products!